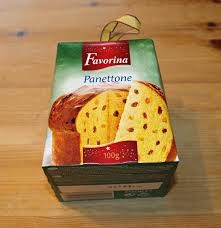 Photoshopping is a great idea. You can get rid of those ever-so-annoying red eyes. If there's a lamp post coming out of someone's head, it can become sky. If you've taken a family photo to send to your great auntie in Australia, you don't need to retake it when you notice some chocolate biscuit crumbs around your child's mouth, or worse protruding from their nose!

But I don't understand why advertisers have started photoshopping pictures instead of just taking them!

For example if they wanted to sell these dresses, why didn't they simply take a photo of a model wearing them instead of altering  the model afterwards? Maybe they are trying to cut the models' fees, but if that's the case, I wonder why they photoshop things like this Panettone I had for breakfast last week! Presumably its hourly rate for modelling isn't exceptionally high! Look at it carefully - there is no way the raisins and sultanas were this regular on the real cake when it was photographed, so presumably someone has been paid to move raisins around on the picture to make it look perfect! We live in a crazy world. I don't know about you but I'd buy a Panettone even with asymmetrical dried fruit!
Posted by Phyl at 7:24 pm