More than just a car

We have (or rather, had) two cars: the smaller yellow one, that we bought and that Thomas uses for work, and the larger one, the lease car, that I used as my car and we used for all family and shopping outings, not to mention trips further afield. This means that I have spent a great deal of time in the larger one since we moved to Denmark... 43000km of time to be precise. A lot of that is playing the mum taxi. I drive each of the kids to music lessons, often close to home but sometimes further afield. I even blogged it at one point. Sometimes there isn't time to go home before pickup, so I go for a walk if the weather is nice, but often between October and March, I sit in the car waiting on whoever is being driven about.

Sitting in a car for hours can be tedious. Also, with so many kids, finding time to stay in touch with everyone can be hard too. I killed both birds by bluetoothing a lot of my conversations onto the car speaker. At least 10% of my chats to Marcel and Charlotte happened in the red car, but given they are at work or uni till after 5 or even 6 pm most nights, the vast majority of my car chats were with mum. Mum liked to chat an hour or two over her afternoon coffee and that often corresponded with the kids' music lesson or other trips here. Every Tuesday and Thursday, I would drive round Funen chatting to mum.

That means that Tuesdays and Thursdays are now eerily silent in my car. Suddenly I feel very alone, driving about, like a rather little woman in a rather big car. I tried music at first but I'm a bit of a sing-along type and Tuesdays and Thursdays don't feel like sing-along days, not yet anyway. After that I took out a subscription to a Danish audiobook site, trying again the two birds technique - increase my Danish vocabulary while convincing myself that the car isn't a big lonely place.

But this week has now taken the issue to a new level. As I mentioned previously, we had to give back the lease car this week. So, over and above the inconvenience of sitting in the village with no means of leaving it thanks to the dearth of public transport, I sort of feel like I have given away my chats with mum, my memories and our special space. Weird. I guess it is a bit like as if you always met someone in the same café and suddenly that café shut down, only this is the international version.

While I look forward to getting a new car in the next few months, from a practical perspective, I expect even if I go for the same model again, I doubt it will feel quite right. 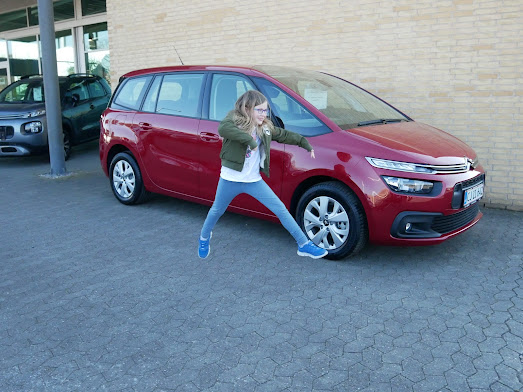 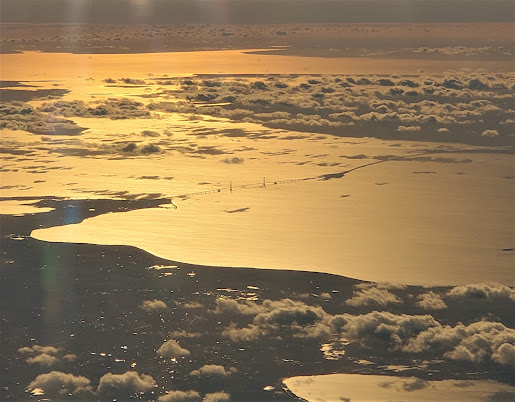 I like to moan about the fact that the Billund - Edinburgh route is often, though not always, mothballed over the early months of the year, usually after the Xmas rush but before the Easter one. It means that to go back to Scotland, I have to pay to travel the 90 minutes east to Copenhagen only to take less than fifteen minutes to fly right back over the top of my house. For obvious reasons, I was home a lot of times this winter. Though the reason for my trips was both stressful and upsetting, the view I got on one of the flights home seemed incongruously beautiful. I've rarely had such a clear view of Funen as I did in February and to see the whole 18km of the road and rail bridge to our island from the sky was quite something. It's hard to believe looking at it from 37000 feet that it takes around 15 minutes to drive over at full speed (110km/hr).
Posted by Phyl at 8:18 pm No comments:

When we moved to Denmark we decided to lease one car and buy the other - at home we had always bought cars cash, having saved up for them, so we didn't know if a loan or a lease would suit us best. It wasn't that we were super rich. With our own company, we simply didn't have the visibility or stability to take out loans, other than the mortgage, so we put aside money whenever things were going particularly well so we could buy cars when that became necessary.

So on Monday the lease on our main car was up and it had to be returned. Unlike in the UK, there is no option to buy your lease car here, you are simply forced to give it back and either take out a new lease on a newer car, or revert to buying something if you have the cash.
I think we'll stick to buying in the future, as this system is rather inconvenient. Stillebæk isn't somewhere a couple can live with just one car. With just two buses a day (at 7.43 & 15.45), I can no longer do anything while Thomas is in the office. The kids will need to miss their music lessons which we've prepaid and which cost a great deal of money, I won't be able to simply pop over to Léon's school when he inevitably forgets his violin or similar and picking any of them up from school even if it is pouring with rain is now a no-go. Their schools are 3km, 4km and 10km away. As for shopping or working, I can't get anywhere from here so those are no longer possible either until Thomas arrives home after 4.30. I've been trying to get some work as a supply teacher but am now hoping that no one phones for me to cover them as I can't get to any schools from here at the moment. Having to turn work down would be terribly upsetting as I desperately want to integrate into Danish life properly. 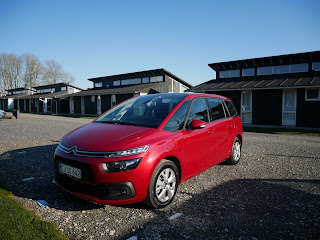 So, top of the agenda is finding a replacement as soon as possible. Leasing is annoying because you have to give your car back on the day they want it, rather than waiting till a time that is actually convenient to you. Had we owned it we'd have been at liberty to give it back once we had found an alternative. So, we'll definitely buy next time, it just might take a little time to get the funds together to do so.
Posted by Phyl at 9:37 am No comments: