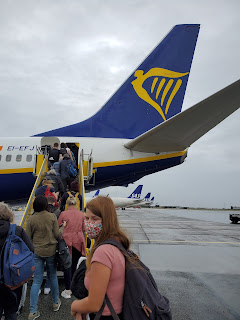 I know the Tories love to line the pockets of their friends but my god this Day2 PCR test nonsense takes the biscuit.

Here in Denmark we kindly offer tourists free PCR tests, done in person and available within about 15km of anywhere you happen to find yourself, including airports, border points etc Charlotte needed three tests while she was here for various reasons, Marcel and Milly took two each - one to get into Germany and one to go back home.

The UK currently requires you to take a PCR test two days after arriving in the country, fully vaccinated or not, but there are no free tests on offer. You click on the government website and it offers you tests starting from £2 per person. Not too dire, so you book your flight. Then four days before your flight you click to book your test and of course the first one on the list says they have none of the £2 tests left but are, funnily enough, willing to send you a test for £68 per person. You go onto the second on the list and as if by some miracle the same happens. You then go through the first forty on the list and every single one of them has the same message - Cheap tests sold out, tests start at £68 or £70, and the tiny little test that fits in a tiny little envelope somehow requires £10 in postage per test! Because you couldn't possibly stick five in one envelope if you could charge £50 in postage instead, could you?.

I would sympathise slightly if I thought these were in place to make the UK a safer or more Covid-free place, but these tests are sent to your home/holiday address, done in private and returned to the lab in the post so there is no way of knowing whether the passenger has completed them or if they have asked a friend or relative to scrape their nose, mouth or wherever. These tests serve three purposes as far as I can see. Firstly to line the pockets of labs that have been okayed by the government, secondly to pretend to the public they are keeping the UK safe, unlike their abysmal performance throughout the pandemic and finally to hack off the foreigners so they stay away... I'm sure that will be great for the economy going forward.

I, for one, won't be caught out like this again. Next time I want to see my mum, I might just fly her to Amsterdam or the Canaries instead of wasting £350 on bogus Covid testing. Then I can use my money to boost some other economy instead. Grrrrr!

Oh and this all means by the way that I may be in the UK Mon-Fri next week, or I might just take my £350 and bugger off somewhere nicer and more tourist-friendly instead! 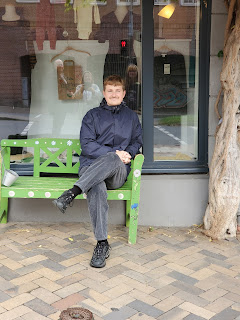 Marcel's done a lot of charity work over the years, from building irrigation systems in India, to volunteering in charity shops and soup kitchens and giving up his time to paint vulnerable people's houses free of charge.

His latest offering seems to be running the Paris marathon (he's never run a marathon before) for a cancer charity. So if anyone fancies rewarding his hard work and training, here's the necessary link!

How can destroying a young person's ability to educate themselves ever be good for a country?

Charlotte is in 4th year at Glasgow university studying for a language degree. As a compulsory part of the degree, she needs to spend a minimum of 9 months in the country of her primary language and after that a minimum of 3 months in the country of her second one. Charlotte went to Madrid last year and spent exactly 51 weeks there before returning to see us in Denmark and finally after 54 weeks, returning to Scotland. She battled Covid alone, twice, was in lockdown away from her family and all the friends she knew in Spain from previous visits and spent Christmas day alone... Yet the hesitant, though adventurous young woman who left us in September '20 had been replaced by a self-assured, open and very capable adult on her return a year later.

She now has to go to France around February 25 next year. If you look at previous year's recommendations on the uni syllabus, kids were advised to go to the second country for the three months, so until around May 25, and then to try to work the summer in that country, to further improve their language, or to return to the country of their first stay to brush that language up before returning to Scotland at the end of September for their final year at uni. Of course by this point in their studies many have picked up a foreign boyfriend or girlfriend, some foreign friends they'd like to visit or even just a friend from uni who is staying nearby who they might like to interrail with. In Charlotte's case she has her family in Denmark she'd like to see at some point after those three months. And over and above that she has the two families in Madrid she has au paired for since she was 18, not to mention her step-grandparents in Tuscany, and potentially her aunts, uncles and father who live in France, who she also might like to drop in on.

This year's students were called to a meeting yesterday to look into the logistics of this now they are post-Brexit. The year long assistantships are still going ahead where possible for now as visas can be obtained for those, though at some cost. Though some kids have gone straight from second year into fourth bypassing the once-compulsory part of the degree. As someone who has been through the system, there is nothing quite like a year in a country to change your ability to speak. Waiving that year will belittle a language degree enormously.

This year, however the 'minimum three-month stay' now reads 'maximum three-month stay'. They have to find a job before they go, as they are no longer allowed to seek work on arrival. They can't obtain a longer visa without a more permanent signed contract, and of course once they have found an employer who will allow them to stay less than 90 days, they have to leave before the end of the 90 days and go back to the UK where they need to sit it out until the end of August when their 90 day clock is reset. But let's face it, who is going to run back to France or Spain with three weeks to go before uni starts after spending the entire summer tied to the UK, unable to further their studies?

And those who made some good friends during last year's stay can't visit them again this Christmas as that would eat into the 90 days the student is allowed in the EU which they need to save for February, nor can they visit them after their stay in the other country as they would again need to wait until the last week of August. Going forward, those who are passionate about language will find themselves constantly being sent back to the UK to cross off days on a calendar in much the same way as a prisoner might in his cell.

When you study languages, you want to work in that country in your free months, you want to be free to visit the friends you made last time round, you want to be able to fall in love in that country. If you're studying in Spain, you might want to jump over and learn a bit of basic Portuguese for a few months. Leaving this generation in limbo by negotiating no student exchanges or visas will have two effects as far as I can see. Some will muddle through, resentfully working their summer in the local supermarket or McDonalds in Glasgow when they really want to be doing the same but in Madrid or Bordeaux, finally becoming a slightly more mediocre version of what they wanted to become and others will bottle up their resentment till they can get on the first plane out of the UK as soon as they graduate, having negotiated a contract that will slowly bring them closer to a residence permit for a different EU state, never to return.

Charlotte, of course, is in the odd situation where the new rule does not affect her. She can fly into France on her French passport, so have no stamp and no 90 day countdown, and yet it does affect her as she is surrounded by students who are being forced back home when the summer is about to begin. As the friends she would have interrailed with are forced back into exile, she will be left all alone to backpack round Europe, a kind of post-Brexit Norma-no-mates. But had she not had her other passport, she would have to choose between completing her degree requirements and seeing her mother, her siblings, her friends. All because the Tory arrogance opted not to negotiate any sort of reciprocity for students. Why would the Tories want to encourage the youth to mix with Johnny Foreigner types, after all?

My heart is breaking for these kids. At that age, I spent 13 months in France over the course of my 3rd year of uni and then went on to stay in Germany and France again from the February to the October of the following year, not to mention a further trip at Christmas of the same year. This did wonders for my languages. There is nothing quite like an extended stay abroad to broaden your mind and make you grow and mature into an outward-looking person. You open your mind to new ways of doing things, thinking about life and accept new possibilities. My five months in Germany are still amongst my fondest memories to date and the friends I shared those times with will be with me to the end of my days. 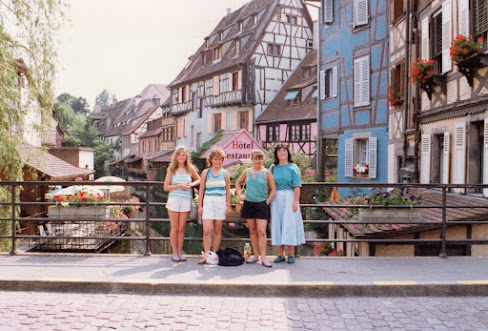 Coupled with the 50% fall, this year alone, in EU students applying to Scottish unis, which I expect to increase, not decrease as time goes on and fees become transparent, we are looking at a generation of kids who will have little opportunity to have their minds opened to new cultures both at home and abroad. I find it hard to imagine being as passionate as I was about language in my early 20s, and as Charlotte is now, but being sent back to the UK every 90 days to cross off the days till I could once again spread my wings.

Some say it is time to move on and work within the confines of Brexit, but I for one will never move on and will never get over what ignorance has done to a whole generation of kids. I, for one, hope they all up and leave as soon as they can.