Learning to spell - sort of 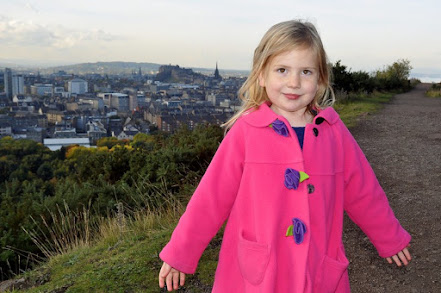 Amaia: The other day the teacher was going over the letter O with us.
Me: So did you all have to put up your hands if you knew any words beginning with O?
Amaia: Yes. Some of the boys and girls only knew little words like on or off but I knew a big word so I put up my hand.
Me: And did the teacher pick you?
Amaia: Yes, so I said orthodontist because I remembered that Marcel and Charlotte always used to go to the orthodontist.
Me: I bet she was impressed.
Amaia: Yes. I was thinking about it later and I was annoyed with myself.
Me: Why? Orthodontist is a good word.
Amaia: I know but I remembered later that we went to Edinburgh last week and I could have sounded really clever if I'd mentioned that we climbed Orthur's Seat!

The four seasons of Wednesday walks at Whitelee 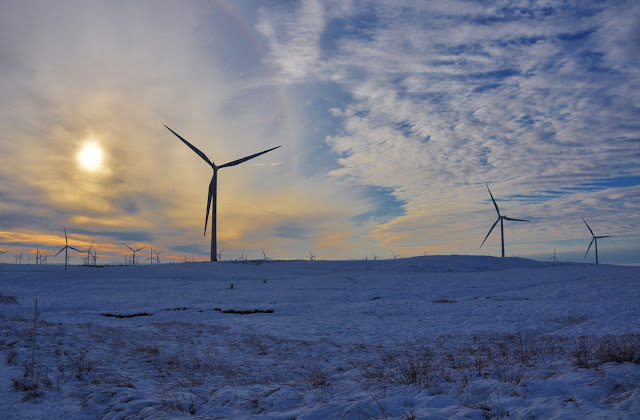 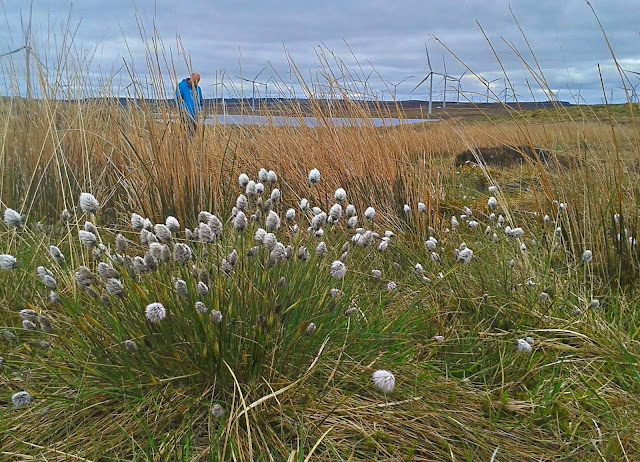 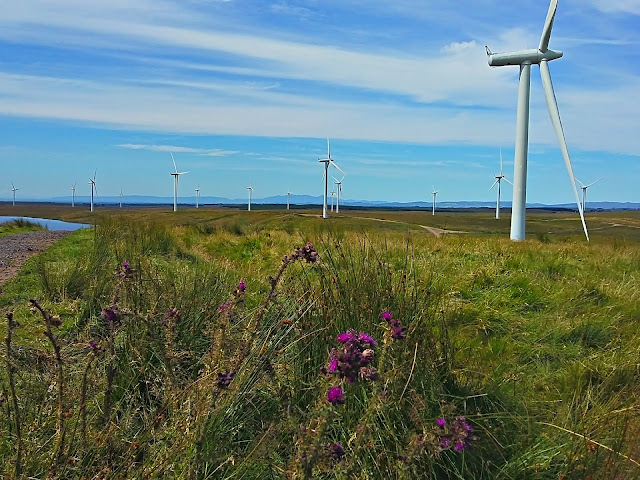 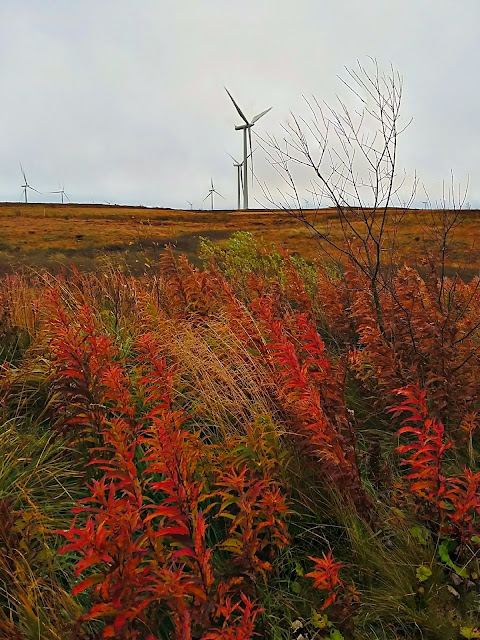 After Marcel moved out, we promised the girls we'd redecorate their room (and then Léon's). In the days when we had only the oldest three kids, it had been Marcel's room and he had painted it bright red. Later we turned our bedroom into a home office, which took us down to four bedrooms forcing the three youngest to share the original master bedroom. During this time we'd made it space-themed. The girls were just desperate to make it brighter and more elegant. Anna decided she wanted turquoise, Amaia wanted lilac so we decided to compromise to keep them both happy. They weren't let in on what we'd bought and Charlotte and I spent most of the October holiday locked inside. We told the girls they weren't allowed in. Lots even told them she had chosen black for their walls and was painting it Halloween-themed. Amaia looked dubious but said that would be ok - ever the tactful. Finally, with a day to go (we'd finished the painting but not the tidying), they could no longer be contained, so Thomas blindfolded them and brought them in. They seemed very pleased with the result of the make-over. 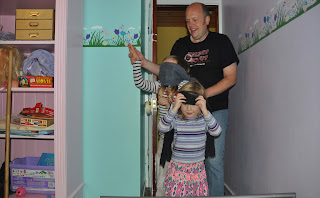 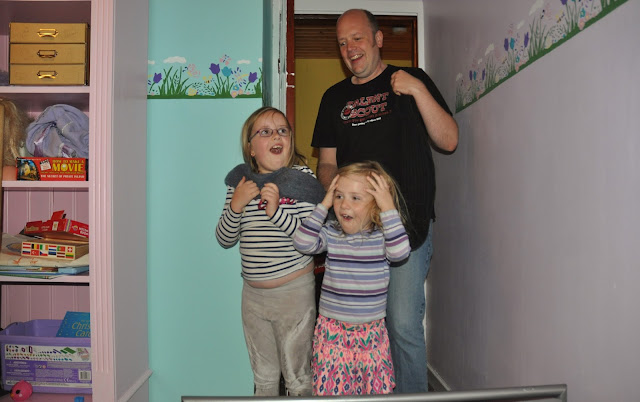 Finally, today we added the finishing touches, so that's one room down. Now we're onto Léon! 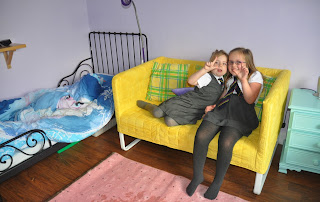 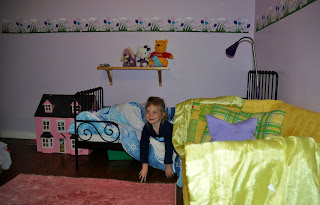 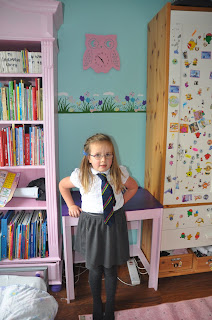 One of those amusing parenting moments: 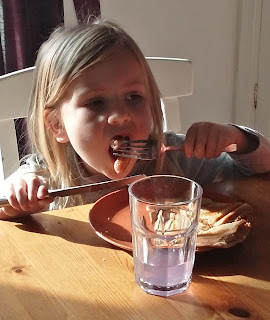 Amaia: Mummy?
Me: Yes?
Amaia (pensive): Can you only get Wee Willie Winkie's sausages?
Me: What do you mean?
Amaia: I mean do they also do Wee Vagina Winkie's for girls?

Me: *Chokes on her lunch*

Yeah, I know I'm a soppy old fool but this made me cry. As I get older, it never ceases to amaze me how short life really is. Yesterday I was the child, now even my oldest child isn't a child. Apart from death (and the dog), I've already ticked off everything in this list, and having witnessed my parents during dad's illness, I've touched on that from as close as you can before you touch it yourself.

Enjoy the little things, because it'll be over before you know it.
Posted by Phyl at 2:32 pm 1 comment:

Charlotte has been helping out at Amaia's old nursery this week as part of the compulsory work experience scheme in her school. Today she came in laughing about how little the kids seemed to be on the ball...

Charlotte: I asked them what day it was today, thinking that wasn't too hard a question. The first one to stick his hand up replied 'Saturday', the second asked if it was 'nursery day' and one wee guy at the back was almost wetting himself waiting for me to pick him to answer so I asked him what day it was and he proudly announced 'It's tomorrow, isn't it?'

This week HONY's photographing refugees arriving in Europe and having them recount their stories. Read them.
Posted by Phyl at 11:56 pm No comments: 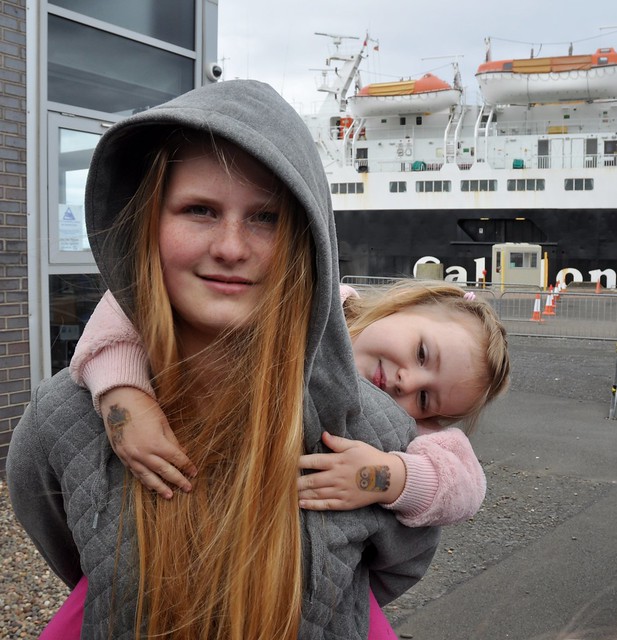 Leafing through this month's Waitrose magazine with a view to finding the recipe for their ghost meringue Halloween cake, featured on the cover, Charlotte came across a photo of our current queen. I use the word 'our' loosely, as I am not a royalist and really do not like the idea of a head of state who isn't elected... Charlotte, of course, knows my feelings on the subject and also knows that I don't take an interest in any of the royal family gossip floating around the magazine shelves of the local supermarkets. Wondering if Amaia too had picked up on my indifference to all things royal, Charlotte turned to her and asked 'Amaia, do you know who this lady is?' , pointing at the queen...
'Emmmm, is it Mary Berry?' she asked! I think she has indeed inherited my profound indifference to the royal family, and perhaps she's also inherited my love of cake!
Posted by Phyl at 3:44 pm No comments:

It's not what you think, kids! 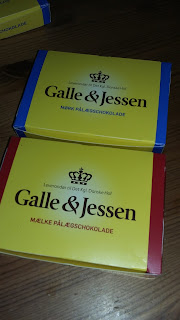 I love to discover subtle cultural differences. This amused me last week. My father-in-law brought it from Denmark as the kids miss it, given they never get the opportunity to go there. But although the kids are half Danish, their UK cultural programming was at work... I noticed that every time they reached for it to put it on their bread, they completely subconsciously assumed, wrongly in this case, that blue would be the milk chocolate and red would be plain!