Against all odds - a selection of squashes

I moaned about it last year after my stay in Alkmaar, so there's no point in my ranting again... I just feel that it always hits me worse when I have just come back from somewhere else, and of course I am just back from Italy, so it's been pissing me off again. Why is it that Danes put up with their supermarkets having a selection that is equivalent to about 30% of what you would find in any of their neighbouring countries? Being in Italy was so refreshing - you could choose from many different types of tomato, lettuce, mushrooms or whatever fruit and veg tickled your fancy. The selection in your average supermarket there was much closer to what you would find in the local immigrant markets here than the shitty little mini-supermarkets, of which there are sooooo many. They had whole aisles dedicated to something that would take up 50cm on a Danish supermarket shelf. Every single supermarket had at least two aisles dedicated to breakfast items - croissants - at least five different flavours, petits pains aux chocolat, a dozen different types of cereal-based biscuits for dipping in your morning coffee, normal cereals, cakes, rolls - endless choice.

Shopping here bores me to tears. I often go out with an idea of what I want to cook, but unless I can be bothered dragging myself to the immigrant markets on the other side of the city, I soon end up throwing in the towel. Though on my way home tonight, ranting my head off to Thomas as usual, my spirits were lifted by this roadside stall, erected by a local farmer. Now that's what I call a reasonable selection! So reasonable in fact, I'm now home with four different types and I'm off to trawl my cookbooks for inspiration 😊

It's been hot for at least the last fortnight... For the first time in my  life I came home from Southern Europe without being blasted by enough wind and rain to chill my soul. On a more negative note, I assume it was also hot while we were away as my little star magnolia looks a bit like someone took a blow torch to it. I think it is safe to say it's not survived having no one to water it for a fortnight.

So we went for a walk the other night after dinner. It had hovered around 30 degrees all day, only broken during dinner by a couple of peels of thunder and a ten minute downpour. Completely unsuspecting, I had left my camera at home, but luckily I had my phone in my pocket because as I walked through our village to the country manor, the rain quickly started to evaporate giving me a quick and very short-lived opportunity for some rather pretty shots, albeit on my Samsung. 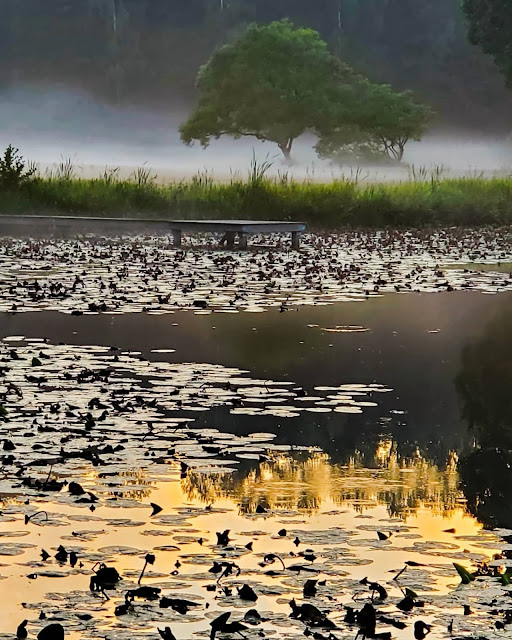 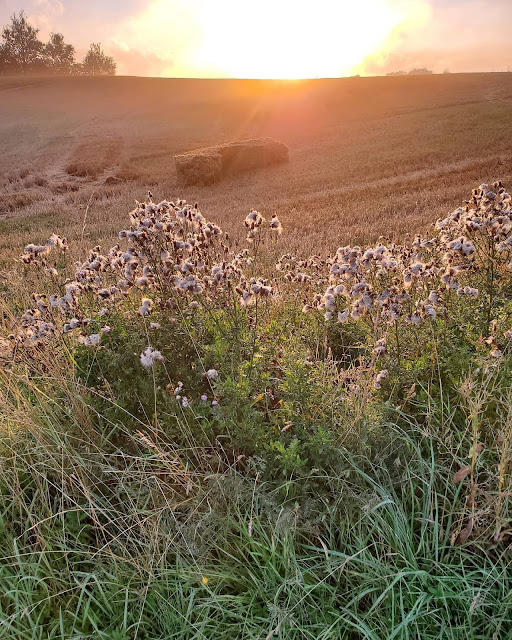 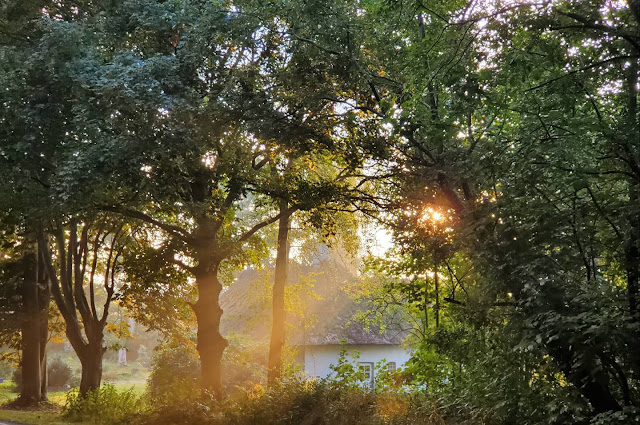 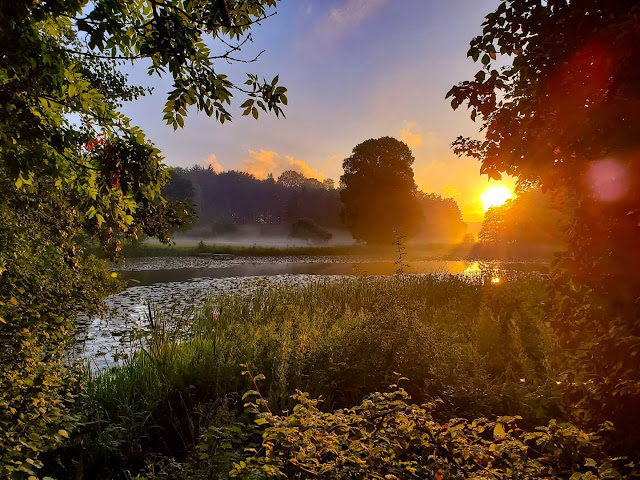 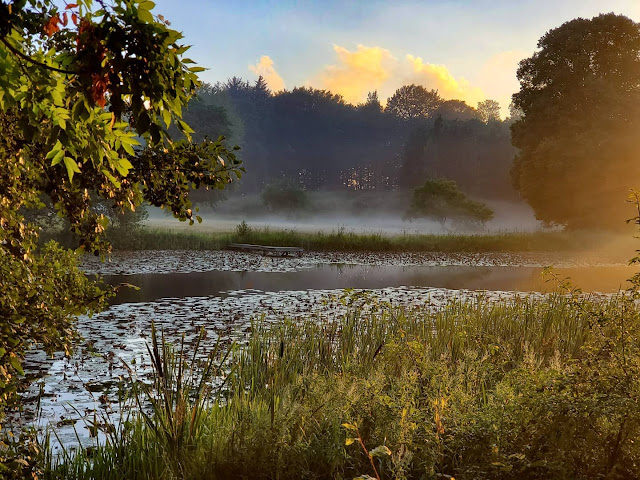 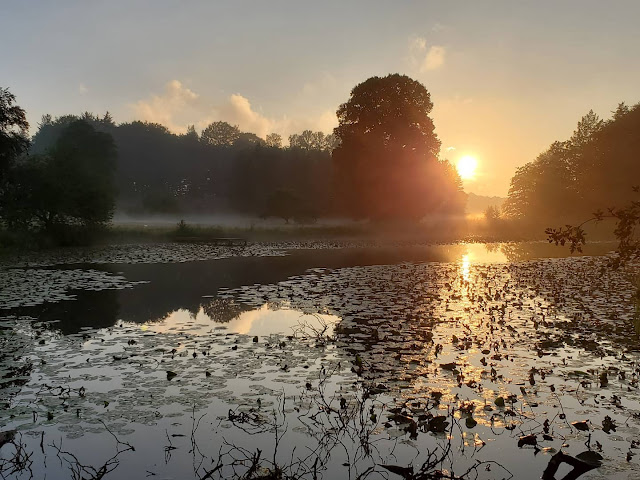 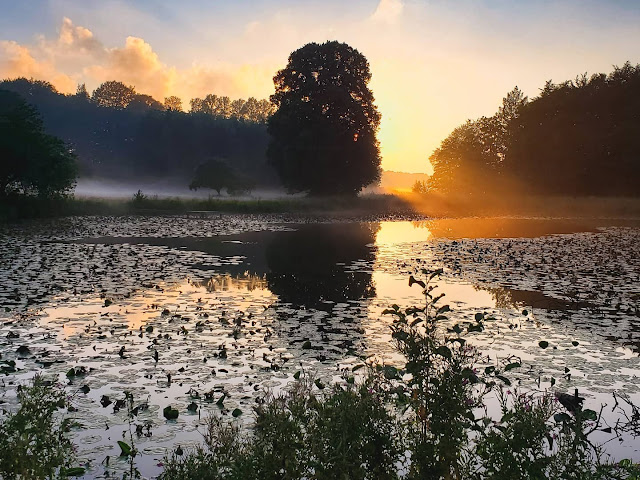 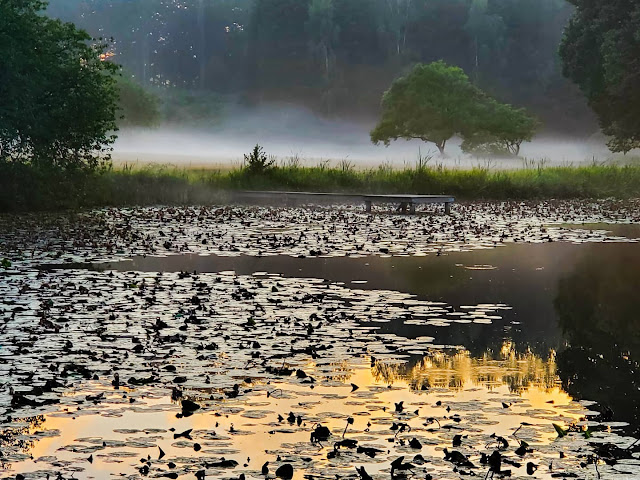 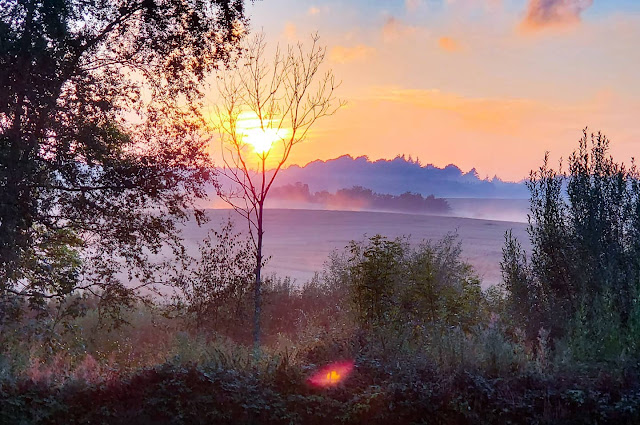 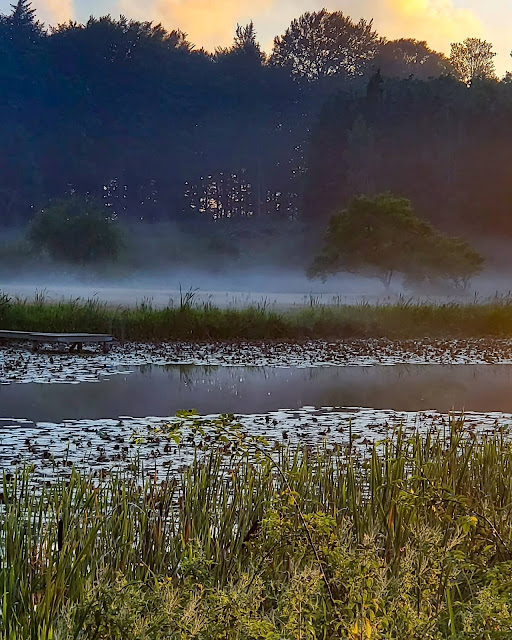 I thought, given that very few people are actually doing it, I'd give you a first-hand account of travel during a global pandemic.
Obviously, at the height of the first European wave back in April, there were no flights to be had. The stranded few had, for the most part, been repatriated and those who were still stranded remained so. In crazy international families like mine, repatriation isn't a thing; we're too complex for the black and white simplistics of normal politics.
You see a country will repatriate you to where your passport is from but not to where you necessarily live. Had we been on holiday in Australia when Covid hit, the UK would have repatriated me to homelessness but Denmark wouldn't because I only live here and own a house. Equally therefore, when the pandemic hit all the internationals who were stranded at Glasgow uni were repatriated but Charlotte could either stay at uni, walking the eerily empty corridors alone, or ironically, could ask to be repatriated to France where her father no longer lives and where she has a few aunts and uncles she last saw when she was 11 years old.
So all in all, it wasn't until June that flying became a possibility. After Denmark reopened its borders to family members I spent many hours scanning the internet in search of any airline flying anywhere, mainly to no avail. At first the only option appeared to be an Air France to Amsterdam, then Paris, then Copenhagen, but eventually I spied a KLM going Glasgow to Amsterdam, then Amsterdam to Copenhagen just one day later. Using small city hopper planes because no one was flying Charlotte finally 'repatriated' herself at about five times the usual cost, not to mention the added hotel room in Schiphol airport, and with only two days notice.
So all in all, unlike 2019 through to February of this year when I had flown somewhere every month, I was grounded from February onwards. Back at Christmas, when Covid was just some weird thing my ex-husband was dropping into conversation (given he currently lives in Shanghai), we had bought Ryanair tickets for five of us to visit Thomas's family in Italy in July. It soon became obvious Ryanair was grounded and Italy was at the eye of the storm, so rather than cancelling and waiting a lifetime from a Ryanair voucher refund, we simply had to sit it out and pocket the refund when they cancelled us. We waited and waited. All our friends were having flights cancelled. Those who had booked to visit us here had theirs cancelled, and with Charlotte's summer job in Madrid also mothballed, we got to a week to the deadline and had to decide between applying for five refunds or buying one extra ticket.
Neither Thomas nor I are overly risk-averse by nature, so we opted for the latter.
On arrival at Billund airport, an airport that is usually bustling in the summer months as it sits within walking distance of the original Legoland, the usually full long-stay carpark was full to about 5% capacity, which was a bonus given we arrived in a storm but dressed for Italy!

Before entering the main building, we were greeted by friendly signs. So it was masks on and then inside. Once inside, it was almost deserted, with fewer than one flight an hour. Everything was self service so we had no contact with anyone checking in bags or printing luggage tags. The first humans we saw were on the x-ray scanners. We were dealt with by masked scanners and then went through to departures where we were greeted by a second ghost town. Flying between Schengen countries meant no passports had to change hands either.
Once on the plane we were seated as a family group and informed that the seat belt sign would remain on throughout the flight. Anyone wishing to use the toilet would have to use the call button so there would be no people queuing. Air crew weren't overly present either, passing maybe twice on the two hour flight.
On arrival in Pisa, we were scanned on the way into the building using large ipads that checked your whole body temperature. Again we had no contact with humans and were soon out and about. All in all, I would say that the actual flights felt safer from a Covid perspective than any trip I have made to the supermarket in Denmark since March which is heartening because it means that seeing family is back on the agenda. 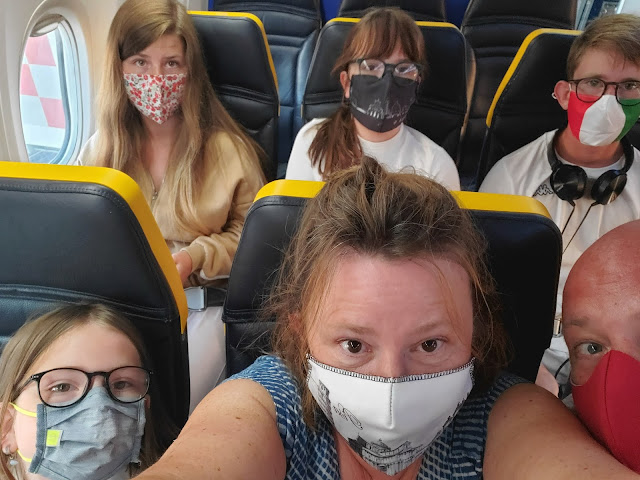 A piece of genius 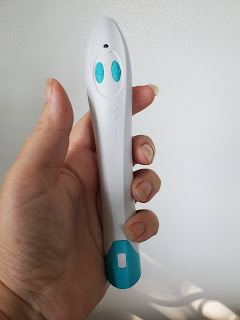 It's a girl thing in our family, for the most part, anyway. We are hardly out of the plane and the mosquitoes are queuing up to welcome us to whatever sunny destination we have chosen. Bites are many and not just itchy, they swell and they pus and eventually become infected. I have even had two over the years that have calcified and had to be operated away, not that this would ever stop me from seeking out the sun and the south, of course. But still, they are annoying.

Charlotte is one step behind me, with the odd permanent scar but no ops as yet and this year Anna joined us in number of bites, if not yet in severity. Give the buggers time...

So we arrived in Tuscany this year and within one night I looked like a pin cushion. I try not to scratch, I'd go as far as to say I've almost mastered that, but it is still unsightly enough to draw questions.

One evening I was talking to Thomas's German cousin Antje when she noticed the state of me. She went into her bag and pulled out this little tool. I'm not fully sure what the concept is. It has a flat top and a couple of buttons. You hold it to your bite (as soon after it happens as possible). A little ceramic plate on the end heats up to between 50 and 60 degrees burning into your wound. It is quite unpleasant but strangely for a number of hours afterwards the itch is no longer present. And if it comes back later, another 6 second blast is usually enough to kill it off completely. Over and above the missing itch, they no longer swell or become infected.

It truly is a magic mosquito wand. I've since come home and bought one for myself off Amazon.de and it will never be far from my travel bag going forward. Anna tried it too and agreed it was quite a relief. So far the wuss that is her older sister is yet to brave it, but I'll work on her again next year😂

In the meantime, I would highly recommend it to anyone with a mosquito issue. Here's a link to one supplier.
Posted by Phyl at 10:23 pm No comments:

At the beginning of corona, Amaia came home from school saying she'd been explained the concept of social distancing as 'stand as if there is a llama between you and your friend'. I've seen various variations mentioning cows and elephants but a trip yesterday to the local nature reserve gave me a whole new perspective. It stated that the current advice was to stand a 'white-tailed eagle wing span' apart😂🦅. Who knew?! 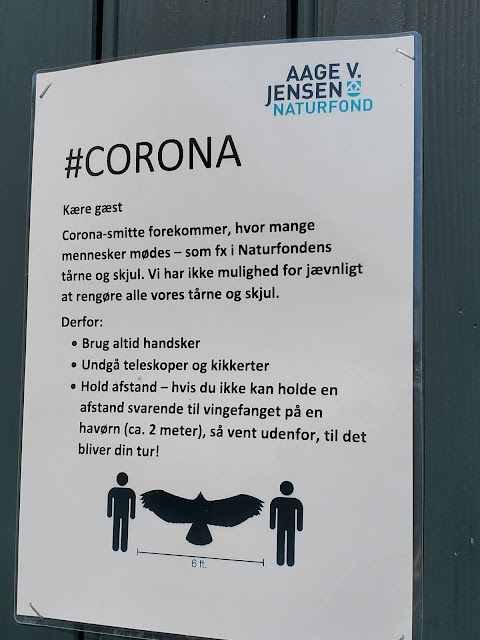