Brexit, when you least expect it

There's a big tourist attraction over here called Randers Regnskov. It's a bit like the Eden project in Cornwall with the addition of actual wildlife... (maybe Cornwall has that too these days but it didn't last time we were there in 2010). So as you walk through the South American or Asian green house for example, you come across little monkeys and huge bugs and snakes all mingling with the plants. Exotic birds swoop overhead and beautiful blue butterflies land on your arm. Since I was last there in 2008, they have added an outdoor section with extra animals - panthers, tapirs, hyenas and the likes. We followed signs see the lynx, but there was no lynx to be seen. One of the guides was standing by the enclosure. An elderly man asked if there was no lynx and the reply was 'Actually there is, there's one male one but he doesn't come out much at the moment, he's a bit lonely and depressed as he has no mate. A female lynx was meant to have joined him at the beginning of the year but has been held up by paperwork at a zoo in England because of Brexit'. Even on a day out with the kids, it seems there's no escaping it. 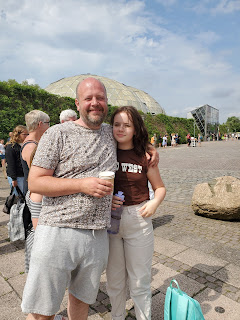 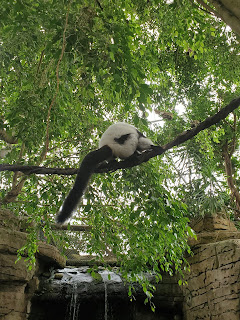 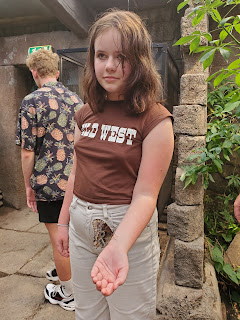 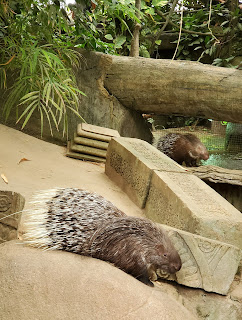