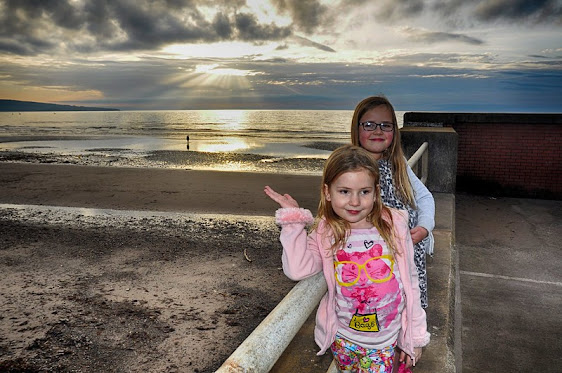 Anna is sitting flicking through the Guinness Book of Records with Amaia. So we now know the oldest person, the person with the longest nails, the tallest dog, the smallest hamster etc. Anna read the stats out for each of these, then turning the page read out to Amaia: The longest living reigning Monarch is Queen Elizabeth the 2nd.
Quick as a flash Amaia replied: And how long is she exactly - 1 metre 50? 1 metre 60?! 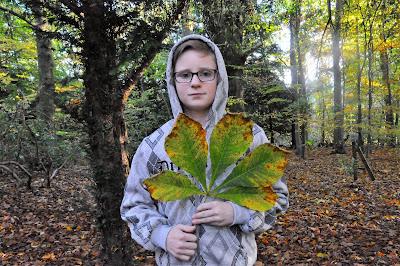 Seven or eight years ago when Marcel's voice broke, I have to say I wasn't really aware of it happening. Was I too busy with life, or did I simply not know what to look out for? Maybe he was simply quieter about it? Léon, on the other hand, is in full swing and it's so obvious he might as well have a flashing neon sign on his forehead. He's really loud, often making me jump out of my shoes if he speaks to me from outwith my line of vision and every single word he utters grates and screeches like a cat's claws against metal. I hope to god this is a swift process because it is hurting my ears!
Posted by Phyl at 11:01 pm No comments:

A favourite thing to do

Sadly the Scottish climate doesn't often lend itself to marble making. It can be miserable for months on end in winter but it's usually not very cold miserable, just wet, dark or blowy miserable. But this week we've had below zero temperatures for about three days so the girls were out like a shot. First, Home Bargains for a budget pack of balloons, then, Aldi for food colouring. The coloured water was mixed and put in the balloons and then they were chucked out for the night. 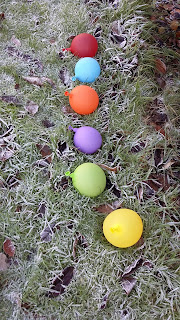 So far only the smallest one has set but hopefully it'll stay cold long enough for the rest to solidify. If not, they can stay outside till real winter hits! 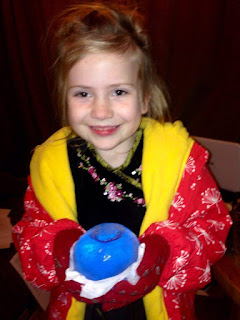 Anyway - if only it was a wee bit more consistently cold this is more the effect we're aiming for!


I showed the kids Sunshine on Leith the other week - they all love musicals, they all love Edinburgh because their big brother lives there and the littler ones are definitely interested in the linguistic differences between Scottish and English. They couldn't really fail to be, given how often it is the main topic over dinner. And I for one needed a night off the nightmare that is Brexit - for sanity's sake I needed a happy, feel-good night off. Almost instantly Léon fell in love with the Proclaimers and started trying to work out how to play the songs from their greatest hits on his violin. He's taken the cd out to the car and has it on repeat. Unsurprisingly his favourite is I'm gonna be/500 miles . Today instead of playing it on his fiddle, he was singing it. It was then I realized he was actually singing:

He must think it is some kind of race or competition between two different guys - maybe the twins!? It lends it a whole new meaning.
Posted by Phyl at 9:58 pm No comments:

Parenting in the early years is all about paying attention. If you don't, you miss the sweetest gems... 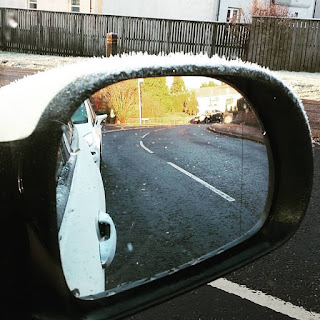 Today's school run was done with the car registering -6 degrees.

Amaia: 'Look mum! I never noticed before but Chuggy has furry mirrors. Do all fiats have furry mirrors?'
Posted by Phyl at 1:26 pm No comments: 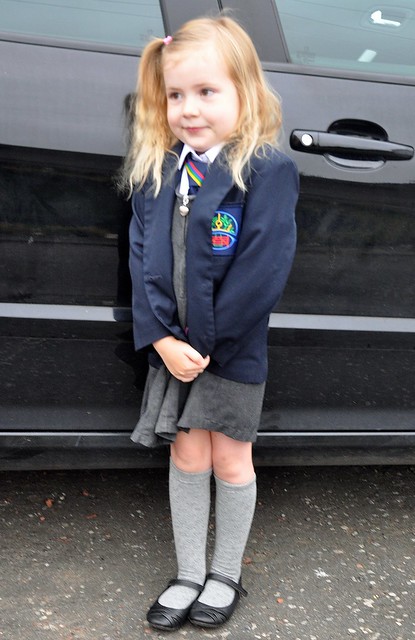 Amaia comes out of school today and I ask as always how her day has been.

Amaia: Well, I fell out with X (one of her best friends) - he was being a right pain!
Me: What did he do?
Amaia: Well, he had the cheek to call me a wee grassbag!
Me: What did you do to annoy him?
Amaia: I've no idea, but when he said that I just told on him and the teacher put him on an amber light!
Me: And what do you think he meant by grassbag?
Amaia: Dunno - Beats me!
Posted by Phyl at 9:17 pm No comments:


"Anyone who risks a life with someone outside of his in-group — not only across lines of nationality, but also those of religion, race and class — becomes a participant, whether he knows it or not, in a global experiment in developing empathy. The awareness and negotiation of small differences add up to a larger understanding about the complexities of the world."
I read this today in the New York Times and thought it summed up my life quite nicely.
Posted by Phyl at 12:14 am No comments: