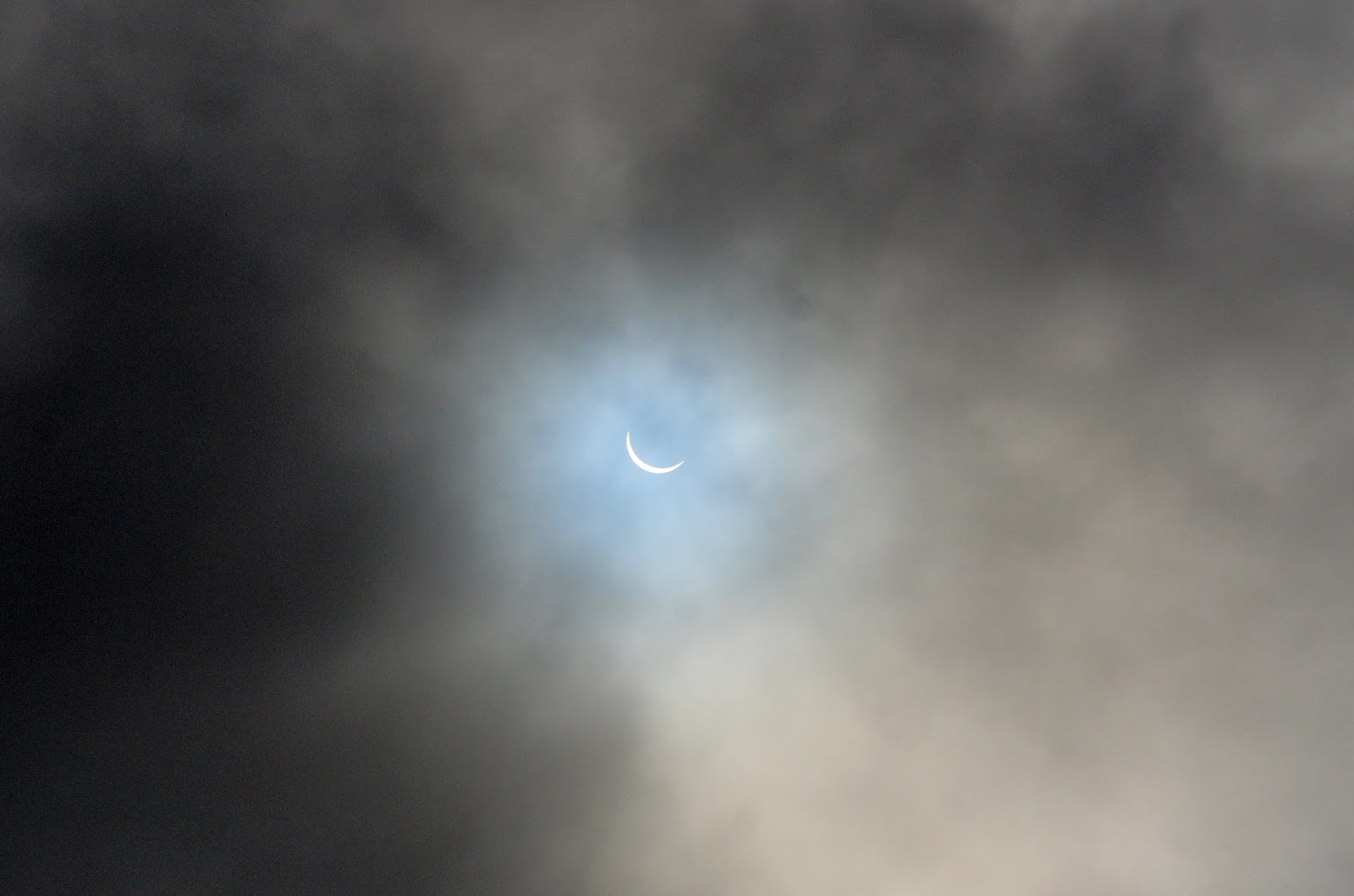 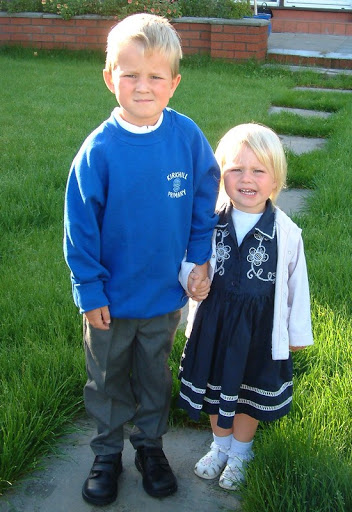 It has come round astoundingly quickly. Yesterday, I had this tiny little blond boy who was starting primary school and today, thirteen years on, I realized to my shock that he has just nineteen days left of school before he leaves to go to university. I remember school felt like it took a lifetime when I was the pupil, but once you are the pupil's mum, you almost miss it if you let life distract you for a moment or two. 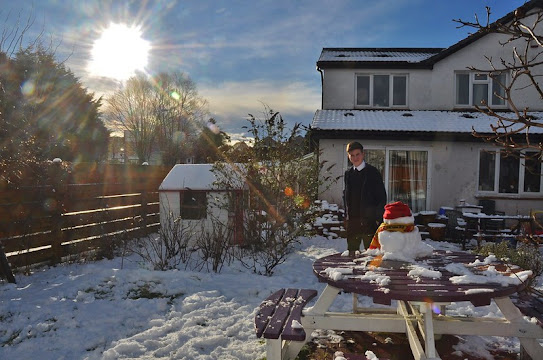 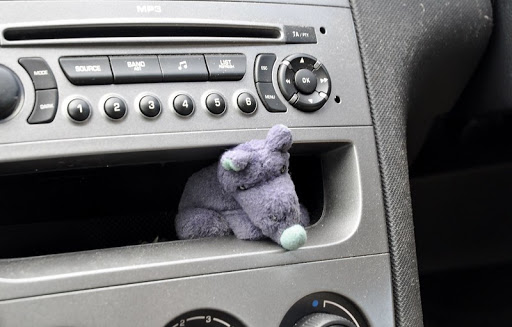 When dad died, we took over his car loan. The car came complete with two extras that we left in place. The first was a Buchanan tartan ribbon he'd tied to his gearstick, the second was the little rhino. Dad collected rhinos. The rhino has been guarding the car so long, it is a little sad and faded but it didn't seen right to evict it, so the kids christened it 'the guard rhino' and sure enough every day the car is still there and intact, therefore, it is doing its job well!

My people carrier never needed anything to guard it. It was huge and intimidating and had seven real seats and we'd had it since before the black Peugeot so no one thought to buy it a guard rhino...

Now, we have a tiny little four-seater car. It is about the size of a biscuit tin on wheels and about as rattly. Instantly, Amaia suggested something that vulnerable needed a guard rhino. Onto ebay we popped and Thomas found a rather feminine and fluffy pink guard rhino in Australia and sent for it. It is a major hit. The kids all pass it around on every school run, cuddling and petting it. I'm not sure it looks overly fierce but Amaia is convinced it'll, sorry, she'll do her job well. Of course, being fluffy and cute, she needed a name and Amaia decided without consultation that she should be called 'Daisy the guard rhino'. 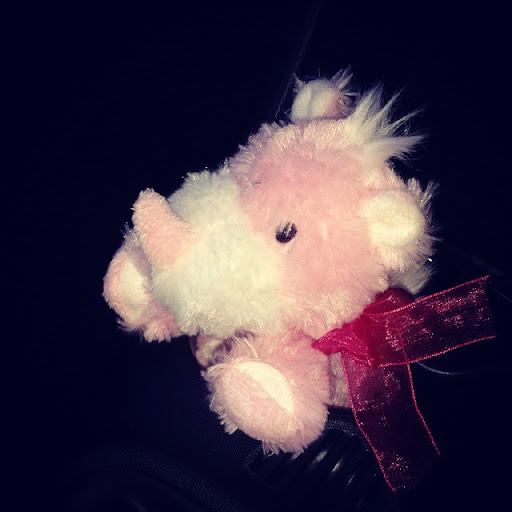 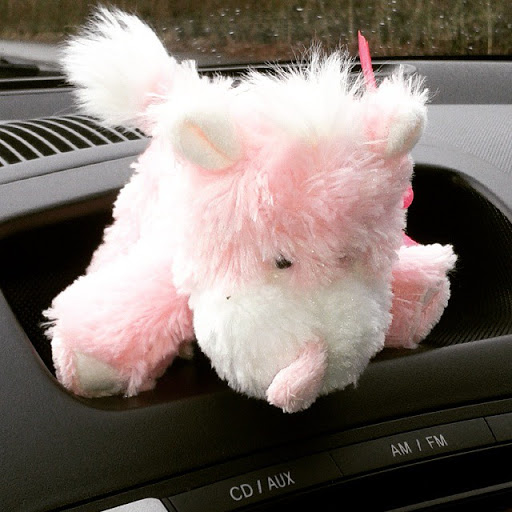 I found it strange that the black car's guard rhino had lived with us for nearly three years, nameless, but this one had a name after one trip out. Every morning I get 'Pass me Daisy' from behind me as I drive.

Last week I took Amaia out in the black car for the first time in ages. She sat behind me eyeing the original rhino for a minute and then said ' Pass me Dougie, mum... He needed a name too so I've decided to call him Dougie'.

Still attached to her Pumpa... 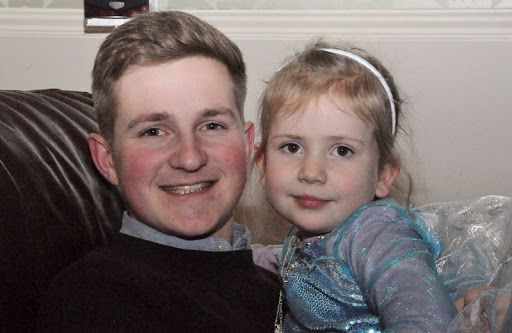 I never really thought before about how it feels at five to have a brother who is 17. Marcel will leave school a few months before Amaia starts, so to her he must seem like an adult.

On Friday, apparently, her nursery teacher mentioned that when she was growing up her parents had owned a sweetie shop. Amaia proudly piped up (given Marcel works in our local newsagent's and has done for as long as she can remember) 'My big brother owns a sweetie shop too!' 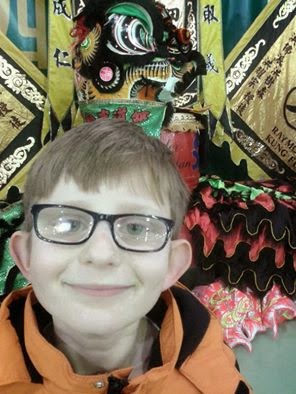 We were shopping in See Woo the other day doing an exotic stock-up. The kids were more than impressed with the dragons left over from New Year.

At the check-out Thomas noticed a tiny bottle marked 'Coconut Pandan Emulco'. At about a quid, he was intrigued so asked the check-out operator what you use it for. She had very little English so simply replied 'cake'. 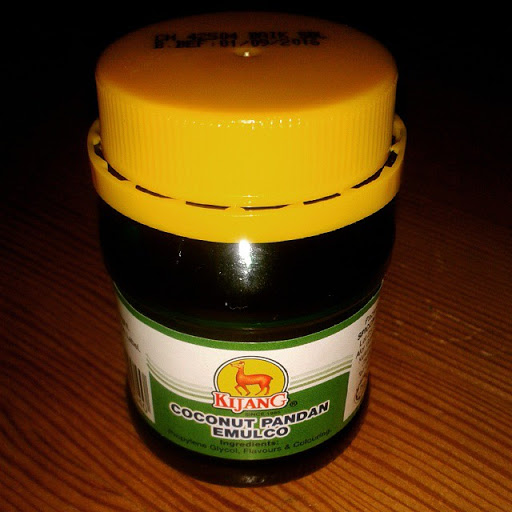 So we brought it home and asked for ideas on Facebook. This recipe was suggested. Not seeing Malaysian as a hindrance, Thomas rustled up something Lots could work with and a few hours later, Granny had a very coconut, glow-in-the-dark birthday cake that tasted wonderful! I definitely think we'll be stocking up on more pandan emulco next time round! 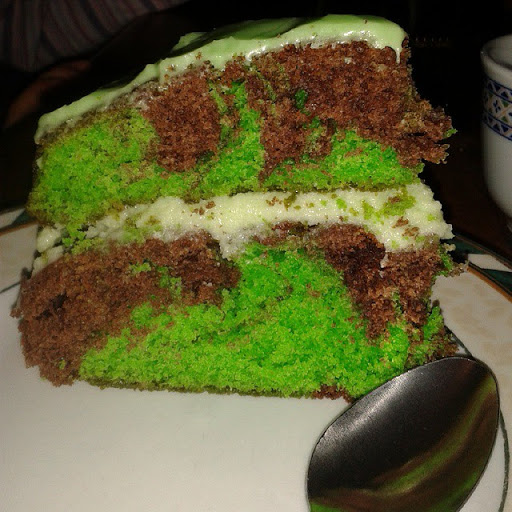