SENSE IS CREEPING BACK 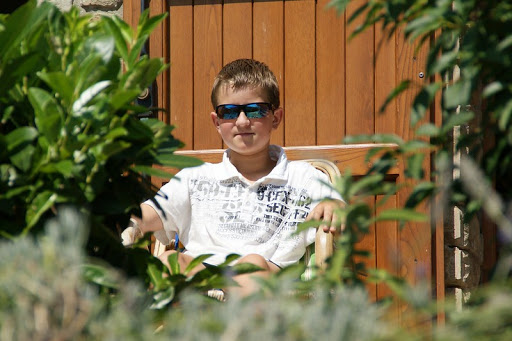 One problem with having a bilingual child arises when the second language the child speaks happens to be the most common foreign language taught in schools in the country where you find yourself living. Had Marcel been bilingual with Danish like Anna, I would not have a single worry, but learning French before English means that the French lessons his nursery and primary school insisted on giving him were 99% meaningless. His primary dealt reasonably well with issue by letting him become teacher's helper using him as a facilitator between his classmates rather than making him roleplay Je m'appelle Marcel or J'ai un frère et 2 sœurs. I had been a bit worried about what was to come next. Given he needs to sit in a French class for the next four years, minimum, I had visions of them trying to teach him to conjugate avoir, while he sat on his mobile downloading music, being thoroughly bored. Worse still he could encounter one of the archetypal middle-aged French teachers who hadn't set foot on French soil for thirty years and who would nit-pick his idiomatic French slowly trying to force her 1970s version down his throat. I was apprehensive about what they'd do to my wee boy. Would they appreciate his fluency or simply clamp down on his less formal than textbook speech? He left out the French textbook the class will be using on the couch on Wednesday night. I was horrified. By the end of it, they were still in the basics he could have down from his buggy as a two year old. I decided to phone school and arrange a meeting. However, I was more than pleasantly surprised on Thursday when he returned home. You forgot the French book, I told him. Oh, I won't be needing that, he replied. Today my teacher took me aside and interviewed me in French and said she'd deal with me quite separately from the rest of my class, she's French herself and can see that this would be pointless for me! Phew! Sense is creeping in for once.
Posted by Phyl at 6:09 pm

Email ThisBlogThis!Share to TwitterShare to FacebookShare to Pinterest
Labels: education