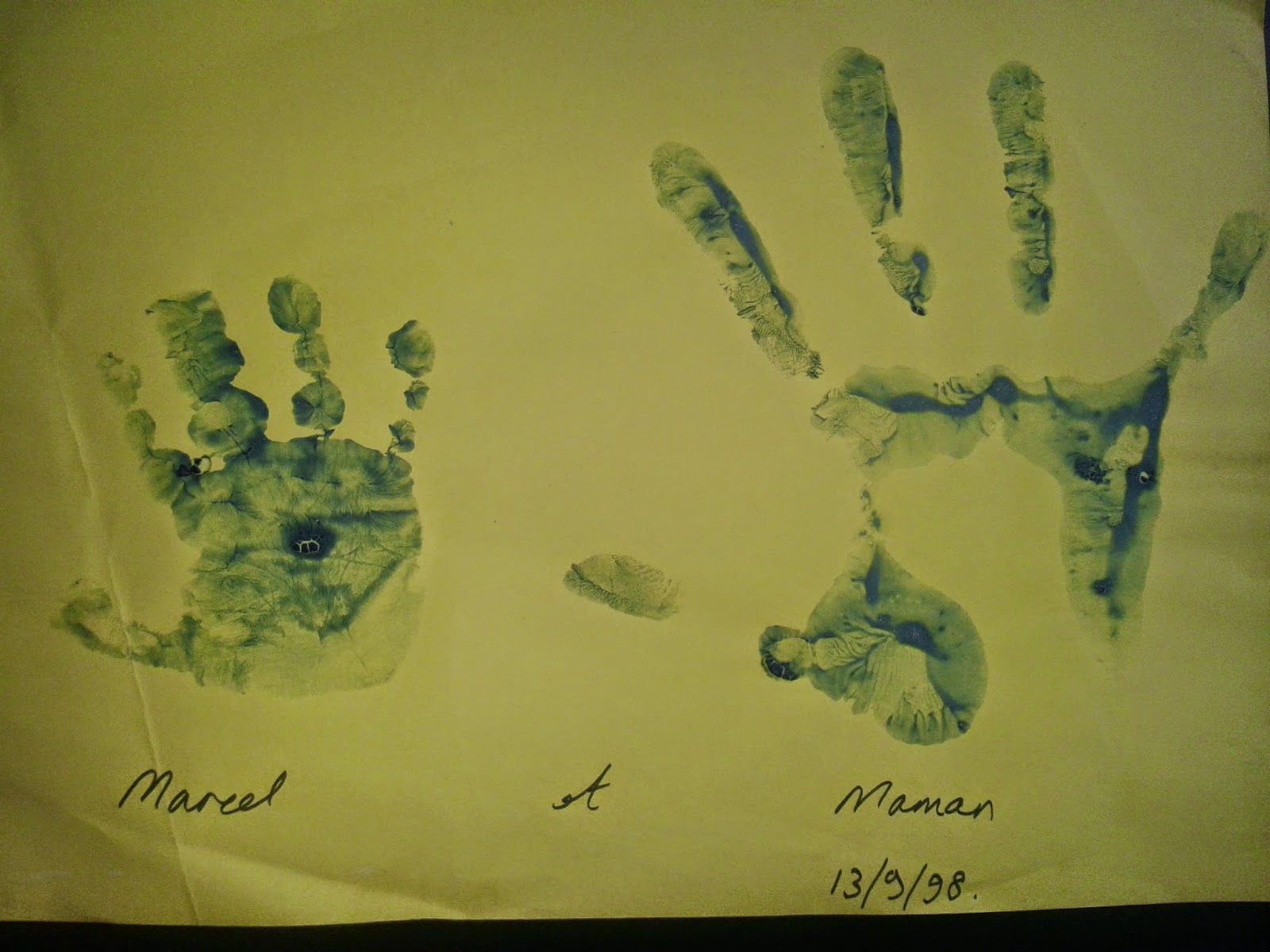 It seems somehow appropriate that this should fall out of one of my old books this week of all weeks. It gives such a stark reminder of the fleeting nature of childhood. Look at his tiny hand beside mine and yet in the last two weeks he's taken many steps towards adulthood...

Thirteen days ago he legally became a man - he can get married now, live alone, have sex legally and so on.

Three days ago he took his first important step towards his future. Adding to the one Intermediate 2 exam he passed with full marks at the tender age of 13 (this is an exam aimed at 15-16 year olds), he got a full house this week - all his other Intermediate 2s at A grade too and of course the one that matters - his first Higher, again a year before the rest of his school (and the other kids in Scotland) - another A grade. With eight Int 2s and one Higher at the end of his 4th year that makes him top of his year so I can't complain about that, can I? Coming top of the year in one of Scotland's best performing schools is the best you can ask for. Given the last year has seen, amongst other things, his father, his grandmother, his aunt and his uncle abandon him just weeks after his beloved grandfather lost his two-year long battle against cancer, he could have been forgiven had he lost his focus, but instead it simply made him more determined to rise above things.

Three days ago too he left on what I know will be the first of many trips. I know this because he has my wanderlust and nothing could keep me home once I discovered my freedom. So he's off in France alone with some school friends checking out Bordeaux. Without an international contract on his phone we have had silence now for three whole days. It's odd in this day and age to have no idea where your child is or what he's doing. We're not used to it any more. I guess this must be how it was for my parents back in the pre-mobile days!

Anyway, for all his steps towards adulthood, he will be my first baby till the day I die - even if he lives to 90! We have a wonderful relationship. We can talk about everything. I know what he's doing because he tells me and trusts me so I must be doing something right. And as he embarks on his most important year of schooling yet I know he will step up to the mark he has set himself because the trials life has thrown at him over the last few years have given him a maturity way beyond his years. He knows I love him and I am as proud as I can be. And whatever steps he takes in life I will be there to hold his hand.