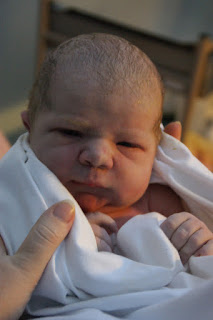 Anti-D is meaningless to 83% of the UK population. In fact given half of the rhesus negative people are probably men and another 20% are kids or childless then anti-D is possibly something that concerns only 5%. But when you have rhesus negative blood and my family history, you can't help but be appalled by this. Let's start with my granny, Phyllis. She had negative blood, my granda didn't. Therefore dad was born positive. A few years later granny decided to add to her family. Her second baby lived only a few hours, killed by rhesus disease, her third died at birth, of rhesus disease. Dad never got over being an only child, because he wasn't meant to be. Medical ignorance meant his blood killed his siblings. He grew up with his O+ blood and married mum. She had a negative blood group. She was given counselling and told her babies may require blood transfusions on arrival, and was advised to limit her family. Fortunately I was born with negative blood so didn't affect my brother and he was her last child so no damage was done to that generation. I grew up with my negative blood and married not one but two men with positive blood groups. Anti-D had come on the scene and with every bleed, miscarriage, or even amnio I was given anti-D injections. Each of my babies was tested at birth. One, two and three turned out to be negative themselves so all was well there. Anna was my first positive baby. She was the equivalent of dad. She was the positive baby born to me, a negative mother. I was injected immediately on birth with anti-D. That meant that two years later Amaia, positive baby number two was born healthy, not needing a blood transfusion and not dying like my aunt and uncle who never grew up to be that. It is criminal that we are allowing this to happen in a day and age when it doesn't need to. I can't imagine what my granny went through trying more than once to have other kids, not knowing the implications of dad's blood type. And when I look at the photo above, taken five minutes after Amaia's birth, I can't contemplate the possible outcome a lack of anti-D might have had on that happy photo.
Posted by Phyl at 5:24 pm