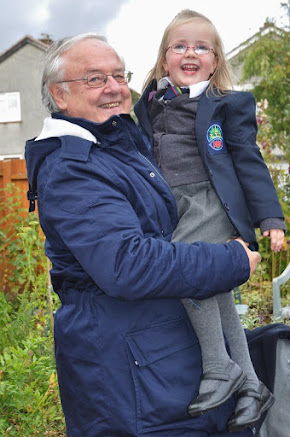 Today we had a box of chocolate and orange bite-size cup cakes lying about in the kitchen. Thomas made coffee and took us one each just as Anna walked in. I heard him asking Anna in Danish if she'd like a cup cake. Of course, she replied and followed him back into the kitchen but upon spying the gherkins that were still out from lunch, she immediately said she'd much rather have two gherkins instead, if that was ok?!

I guess you don't always need genetic testing to ascertain which members of the family are part German! ;-)
Posted by Phyl at 11:22 pm