Brita, Peter and the little ones 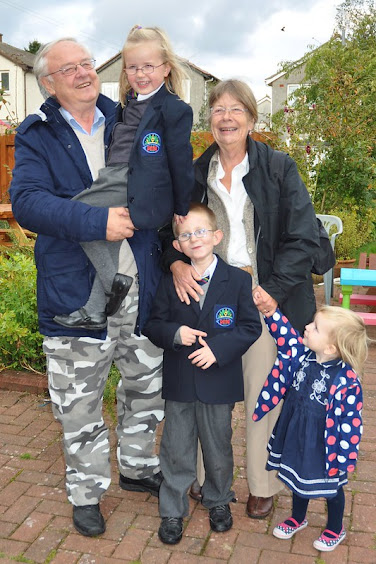 It was nice to see my in-laws last week.

I guess I've never known any different but it is odd having your in-laws live abroad. Unlike the way many families function, mine don't drop in for the occasional coffee, (or to babysit in an emergency!), instead they drop by for a week every six to nine months. Given both my husbands have been foreign, I've never know what it is like to simply have my mother-in-law drop by unannounced. Some women might think that's a bonus, but I actually miss having them around! It's nice to talk to them. Two or three weeks a year isn't really enough. It is also hard on the little ones who must feel it is an eternity between visits given how much slower time passes at two or four.

Of course it is lovely to have the option of going abroad to visit them - whether they are in their Italian or Danish home but it does make for a vaguely odd way of life.
Posted by Phyl at 11:51 pm