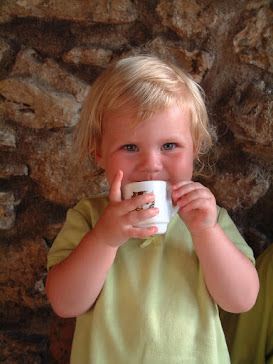 Less than 24 hours after receiving my machine I found a voicemail telling me they wanted to courier it back to me...

Odd, it took them two weeks not to fix it last time.

I rang this morning. The number was only the courier company so the woman I was speaking to couldn't access my notes to check what they'd done. I refused to have it back, which left her somewhat taken aback. I asked to be put through to an engineer. She said she couldn't do that but gave me their direct line.

I phoned that, told the whole story once again and was finally told I was at the switchboard, so would be redirected to the engineers. Two minutes later I found myself back speaking to the courier organiser who had been my original port of call. Ho hum. Funnily enough, once I was put through to her a second time, she found a new ability to actually transfer me to the engineers.

I then got Amy the engineer. Silence, as she brought up my file, followed by 'Oh it seems to have been descaled!' So you've descaled my machine for the third time in two months when I live in a soft water area and the problem is that the water comes out the steamer when I press the espresso button? That's just superb! I tell you what, I don't want it back, can you just get Emmanuel (my usual engineer) to ring me next time he's on. I hung up in disgust.

Half an hour later Emmanuel popped up. Apparently it hasn't been descaled - the other engineer just didn't get onto screen two, three, four and five of my repairs! It not only has a full new steamer component but he claims there are now photos of it being tested with my notes! (We'll see!)

So I agreed to have it back Wednesday but both Emmanuel and I came to the conclusion I should probably test it myself this time before inviting friends or family round for coffee.

I await Kenny's return on Wednesday with bated breath!
Posted by Phyl at 1:05 am