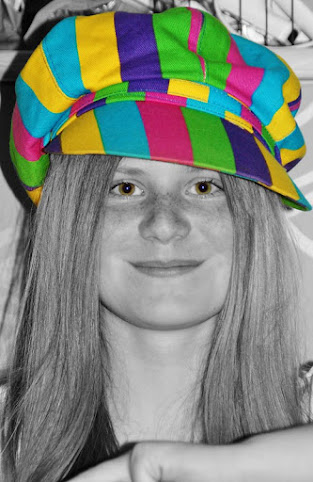 Mum was throwing out some of her old clothes last week when she came across an old hat she'd bought in Turkey in the 90s. It was rather colourful to say the least and a rather odd shape too. I thought the little ones might like to use it when they were dressing up so put it in their clothes box.

Today Charlotte was helping Amaia put on a tutu when she came across it. She couldn't believe I hadn't given her first refusal. She took it and kept it on all day. She then asked me to take photos of her in it and finally suggested I colorize them as it was just perfect for that.

When bedtime finally came, she left saying she intended to sleep in it.

Charlotte can be painfully shy at times, not brave enough to stand out from the crowd in any way but just when you are least expecting it she goes to the other extreme. She is such a complex individual.

(I have to say the hat and long straight hair also reminded me of Barbra Streisand in What's up doc? - It has such a 70s look!) 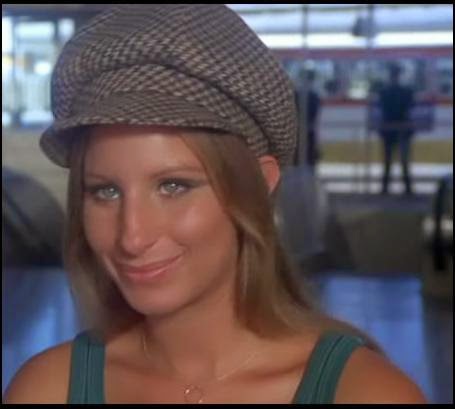