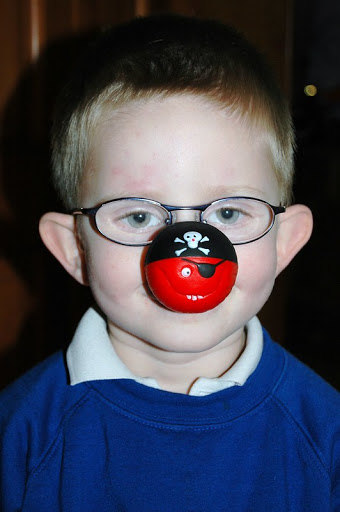 I blogged six years ago how much I hate clowns. I have never mentioned it before or since. Lots, my beloved daughter, thinks I blog through a hole in my head and never reads anything I write - prides herself in ignoring every ounce of my wisdom in fact... so tonight I nearly fell off my seat...

She spent the afternoon with Olivia and Sara from school. I asked what she had been up to and she moaned she'd watched a film that had frightened her half to death... I asked if it was a horror movie and she spontaneously came out with 'No it was about clowns - I'm terrified of clowns!'

How odd is that? Given I've never mentioned anything to do with clowns, how could Lots have inherited that trait?
Posted by Phyl at 12:28 am