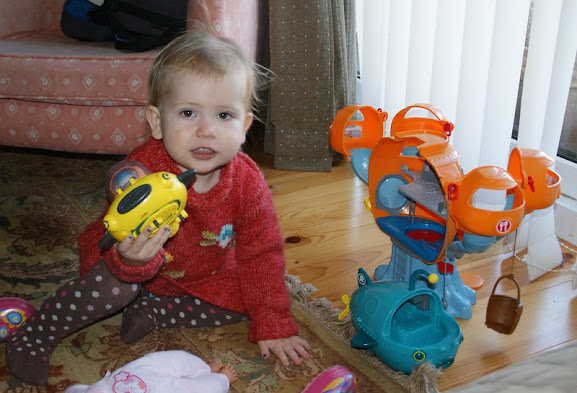 Léon and Anna have been getting a bit annoyed recently because a voice in the background has started describing everything happening on screen when they are watching Octonauts. I thought it was a new series and they'd simply changed the format until tonight when Peter (my father-in-law) was watching a crime series on ITV3 and someone was doing the same on there. Suddenly the penny dropped... it must be some sort of seriously annoying audio description for the visually impaired that someone has accidentally switched on, on our freeview box!

I thought I'd google it. Bingo!