It's time scouting moved into the 21st century. 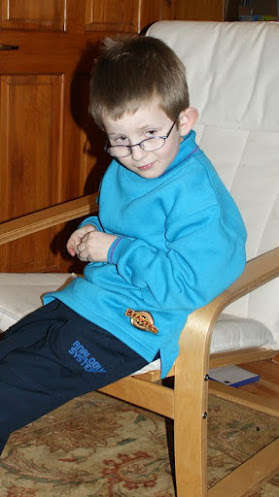 Léon has been a Beaver (scout) now for about six weeks. He's a very happy little Beaver. He asked to join because his best friend, and indeed most of his class are also Beavers. He wanted to join to play with them on a Monday night. He has had three weeks of archery lessons, and has also done some arts and crafts and played ball games.
Next Monday he has to make his Beaver promise to be allowed to remain a member and to gain his greatly-desired neckie. The family are meant to attend to see his achieve this milestone. I am completely appalled at the religious form this promise takes.  Nothing is even remotely religious in the games and weekly format of the sessions but they insist that to become a full Beaver he must stand and say 'I promise to do my best. To be kind and helpful. And to love God.' It would be cruel to disallow him the same pleasures as his classmates (many of whom are also little unchristened heathens) but it goes against my normal parenting beliefs to have him promise something we as a family do not adhere to. We are bringing the children up without a god, but with a great sense of morality and respect for others and it seems highly discriminatory in this day and age to ban atheists or children of atheists on grounds of their (lack of) religion. So I'm left advising my child to make a meaningless promise so he can play with his friends. It really doesn't sit well with my life philosophy. I think I might have to send Thomas to attend the 'neckie' ceremony on Monday as he's more used to dealing with 'religious situations' than me. I'm not sure I can stomach it.
Posted by Phyl at 12:10 am

Denmark has two scouting organisations. The Christian one (KFUM) has the following beaver promise: ”Jeg lover at gøre mit bedste for at lytte til Guds ord, holde bæverloven og være en god ven.” The non-Christian one doesn't seem to have a promise (and their beavers are called micros).

Actually, the non-Christian Danish also have a promise (to obey the scout law) and the law has a point about finding your own faith and respecting others'. So it is not specified as a faith with a "God".

Some people would argue that atheist do not have a faith and so are still excluded (formally).

I have experience with scouting in a few countries and no-where that I know of actually excludes kids from the program due to faith. Adults may be a different matter, as most actually expects their adults to be actively living the relevant law/promise (or at least trying to).

Regardless, I think it is right of you guys to at least be mindful of the decision you are making here - a lot of people would not bother even thinking about it.

This is an interesting article: http://www.secularism.org.uk/the-brownie-promise--a-case-stud.html