The calendar's a load of tripe 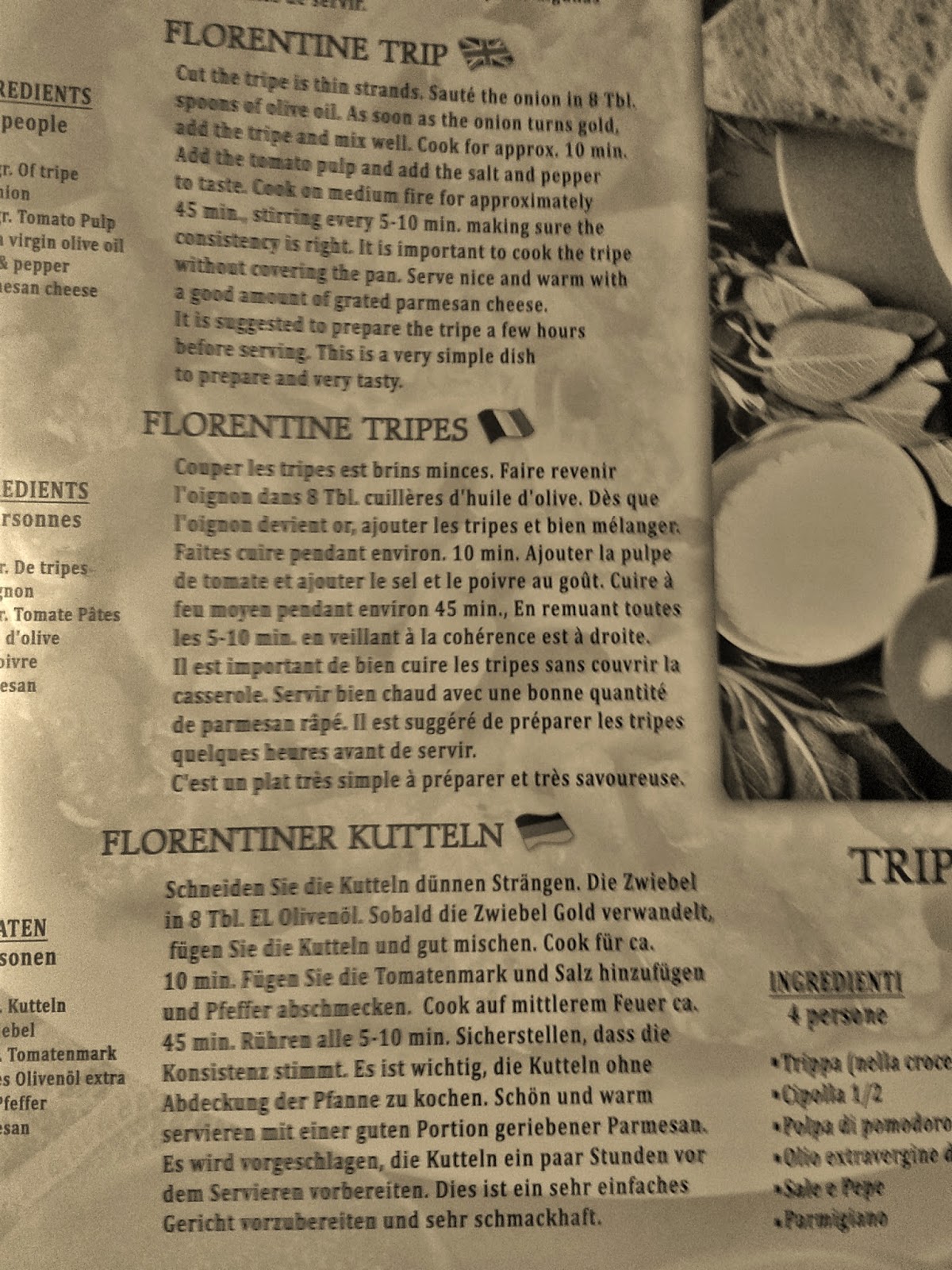 This month I didn't get beyond the first line in both French and German. Not only were they linguistically nonsensical, but that was as far as I needed to go before I realized tripe was on the menu. No, thanks!

I have two main memories of tripe. One is my Gramps -  he liked the word tripe quite a lot 'You're talking tripe!' 'Have you heard that new record - it's a lot a tripe' etc Which made me wonder why he used to cook tripe and ask if I wanted to taste it. You could smell it as you walked up the stairs in his upper cottage flat - nauseating to the nostrils and synonymous with everything bad, or poor quality, I was not for saying yes. It looked like he'd boiled it in milk or something and the once I did give in and put it in my mouth, the texture was unimaginable. So, no thanks Gramps, your tripe is a load of tripe.

My second encounter with tripe was as an eighteen year old living in Italy. I had moved to Perugia for a summer course. A few weeks in, a fellow student offered to give me a guided tour of Florence's art. She was a fine art student, unlike me who was there for the language, so I readily agreed and spent a few lovely days in Florence with Margaret. One morning, I decided to go for a wander myself. I found myself in the huge central fruit market. The peaches were the biggest and the sweetest I have tasted in my life, the tomatoes amazing. I walked round fruit and veg for ages. Suddenly, a familiar smell met my nostrils - I walked through a door and found myself in the meat market. Tripe was hanging on hooks, but at over 35 degrees the smell was starting to float down. I took to my heels and found myself back with the peaches in minutes but the smell will stay with me always, so I'm afraid this month's calendar offering is a no-goer on more levels than usual.
Posted by Phyl at 1:03 am