A silly start to the day 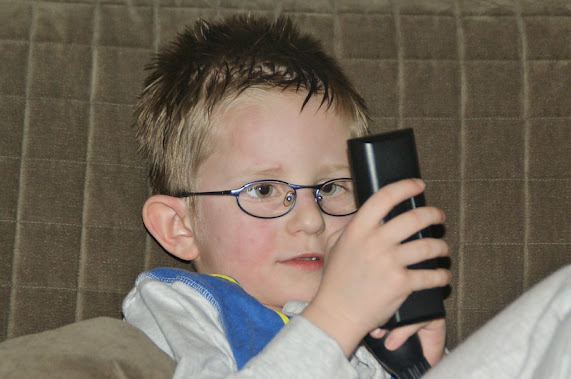 Our tumble drier broke down ten days ago. November in Scotland is not the optimal time to have your tumble drier kick the bucket. It's particularly poor timing when you are all just recovering from a violent vomiting bug, but we'll not go there!

We tried four or five days without one. We discovered the contents of one load in the machine took up the whole clothes horse which then needed to be put in front of the living room radiator, another six to eight coat hangers of shirts were hung in the downstairs hall and all jeans thrown over four of the doors off the internal hallway. Clothes then took about forty-eight hours to dry. And of course the mess that generated meant you could have no one round to visit and the entire house degenerated into chaos with everyone dropping everything at their backside because the scale of the disarray didn't inspire anyone to tidy anything up. In the meantime, Thomas, who is slightly asthmatic, had to swap his normal brown inhaler for a blue one because of the humidity levels. Anyway we quickly worked out that drying things around the house meant a maximum seven loads could be done per fortnight and we usually do closer the fifteen loads a fortnight so we shook out the remaining pennies in the family piggy bank and ordered a new one.

Things took a turn for the better when Appliances Online rang to explain they couldn't supply the one we'd ordered so would we accept a free upgrade with the same delivery slot? That's the kind of luck that has recently been bypassing our family so we were well pleased.

On Monday night Thomas told me we'd had a text saying we'd be notified the next day when it would arrive. The phone rang on my side of the bed just before 7am. When you've had a terminally ill relative in your family for nearly two years and another who had a stroke in the middle of the night last year, phones ringing at 7am are never quite the same again. I went from sound asleep to cold panic in an instant. In pitch darkness, so I couldn't tell if it was 7am or indeed 4am, I grabbed for it thinking 'Who?' 'What?' 'OMG'. There was a click and that silent pause that meant a machine was about to talk to me. It got out the words  'We have important information about...' before I slammed it down indignantly. 'Cold calling in the middle of the night, what the fuck!? This is outrageous! I can't believe they'd do that to people at this time! Where can I complain???' Slowly coming round, Thomas looked at me like I had two heads. 'So when is it being delivered?' he tentatively inquired. 'When's what being... oh shit!?' I replied sheepishly, realizing I'd just hung up on the tumble drier people who we were actually expecting to call.