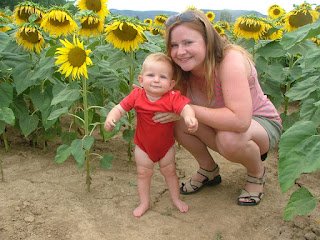 I wonder if this is where it all started - this is Léon in the south of France at the age of nine months... You've got to admire those thighs!

Léon has a great love of all things Mediterranean and his great love is Tuscany. Since the age of nine or ten he's been telling me he's going to move to Italy when he's older - just as well his dual national status means Boris and the gang haven't destroyed that dream for him, in the way they have for most of his Scottish contemporaries.

Anyway, now we've got a huge garden, both he and Amaia have asked to have their own small garden. Anna only wants a blossom tree and has no real interest in the responsibility of a garden, Amaia wants flower beds, she's bought lots of packets of seeds and she says she also wouldn't mind a tree house! Léon has decided he simply wants to plant row upon row of sunflowers with a space in the middle big enough for his deckchair. He plans to sit in the middle playing all his instruments. As an afterthought he also asked if I thought that he might attract cicadas if he plants enough of them to fool them into thinking this is actually Italy! Cute. 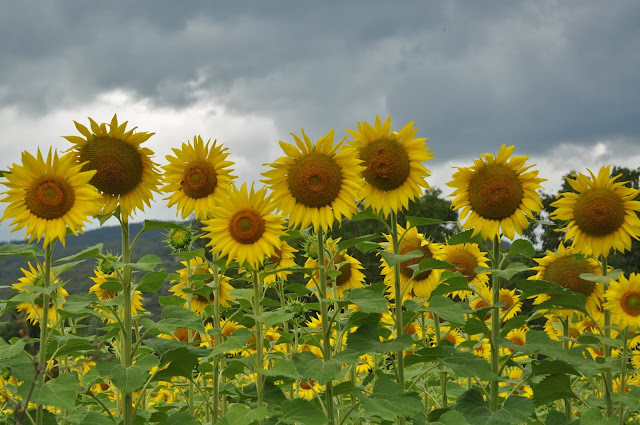