How to make yourself a popular parent

Having Danish nephews and nieces at school over the last decade or more, I know that the two sets of school holidays almost always coincide exactly. They might have an extra day at one end of a week off, us at the beginning. Very occasionally October is off by a week and they always go back sooner in January but in general there's nothing shocking... until this summer. I noticed at the beginning of the holidays that because of the way the days fall this year in August, our schools back in Scotland have opted for 19/8, probably the latest back-to-school I've ever seen in 17 years, and Denmark had opted for 12/8, possibly the earliest ever. As the kids, for now, would still prefer to be returning to the schools they know and love back home, I thought this was going to be a hard sell, so had to start dropping my bomb as early as possible.

For six weeks, I've been drilling in the Danish date but passing as quickly as possible over the Scottish one, complete with fake coughing and distraction techniques where possible - oh look, a squirrel! 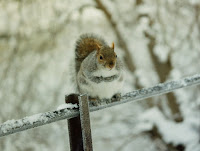 Last night I warned tonight would be an early night (School starts at 8-10am here). I even woke them up early so they'd be very tired tonight. Then I thought I had better log on to both schools' parents' intranet sites just to double-check the procedure - this is our first back to school here after all, so I didn't want the kids looking daft if I forgot something. There was a lovely message from each of the main class teachers welcoming them to the new term. Amaia's told her to bring school bag, pencil case, PE kit, food, water, her headphones for computer work and all the good humour she could muster... when classes resumed at 8-10am on Tuesday... Wait, Tuesday?! I checked the other two, it said the same date. So apparently when the webpage said they were on holiday till 12/8, it meant 'inclusive'. Oops! I was so close to dumping them all in different towns tomorrow at 8am then buggering off till between 2-10pm and 3-30pm! Shit! The positive is that the kids were so psyched up for tomorrow being D-day, they are now super excited by their one-day holiday extension, and haven't even noticed their mates back home have their feet up for an extra four days.

Result! (albeit, accidental)
Posted by Phyl at 7:51 pm