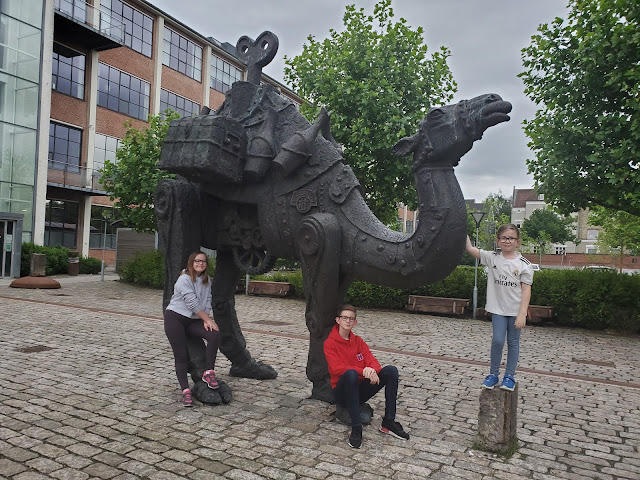 We quickly discovered Bazar Fyn in Odense on arrival here the first time back in April. The vast majority of the people shopping in it seem to be of middle eastern descent, some speaking Danish but many speaking more exotic and exciting languages. It is a wonderful market; it's Denmark's biggest ethnic minority market and definitely the place to go for the freshest veg and best quality meat around. 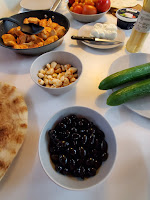 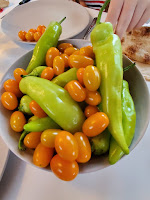 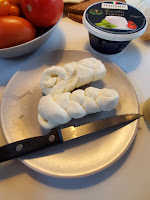 They even have yellow watermelons! 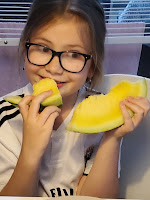 There are so many different spice stalls, we'll need to order very little from eBay going forward (the only two missing staples I've noticed so far are Kashmiri chilli powder and chipotle flakes.) It has every type of biryani kit that my Pakistani friends back home have recommended to me and more and the most comprehensive nut stall I've ever seen.

There is a middle section full of restaurants with the most outrageously large portions of all things Persian, Turkish and more. 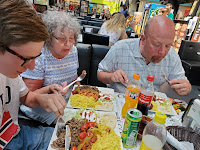 I had to laugh at their categorizing of me on my first visit. I bagged up some fresh chillis for making a curry at home and went to the counter. The little Turkish man on the till told me I couldn't have them! I asked why and he tried to explain in a mix of hand gestures and broken Danish that they were too strong for people like me! I explained back that I wasn't Danish, but Scottish and that in Scotland we happily eat loads of Scotch bonnets and birds-eyes. He looked almost paternally proud and then conceded that if I actually knew what I was letting myself in for he'd happily sell me my wee bag of chillis, he had just been worried I was some naive chilli amateur who could have been killed by the after-effects of eating this wee bag full 😂 I think we are going to become his best customers, going forward. 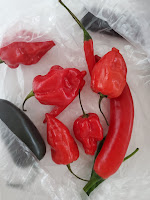