If only we were Danish

Years ago I blogged about the odd Danish habit of single duvets. I'm a hugger. I can't think of anything worse than being under a different duvet in the same bed as the partner I am trying to sleep with. For years I have not been able to find a single justification for such an odd cultural trait... that was until I found my dream duvet last week on ebay... They don't make it any size other than single! Arg! That's discrimination - Danish couples can have lovely minion duvets while we Scots are stuck, unable to use them on our marital beds ;-) 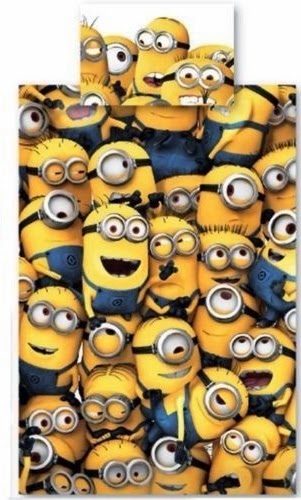