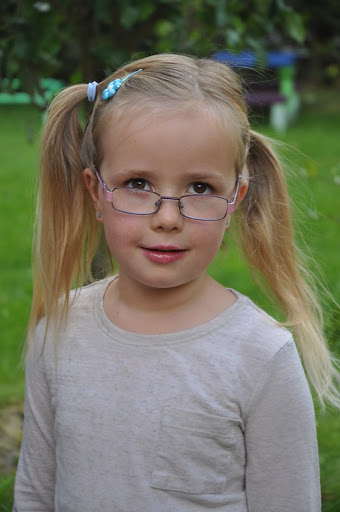 I know I'm her mother so I'm probably not meant to bitch but Anna is something else at times! Every day in life she comes out with a story of how many 'house points' she's earned for knowing this, that and the next thing, for sitting quietly, for not misbehaving like whoever 'got on amber', or god forbid 'red' today. She would unashamedly take the teachers flowers and an apple every other day to curry favour and likes to make them jewellery when she has the time. Anything that can endear her to Mrs McDougall makes her happy. She even volunteered to sing Danish songs and read Danish books to the class. As a mum, I'm very proud (as a fellow classmate, I'd probably have wanted to trip her up in the playground!) 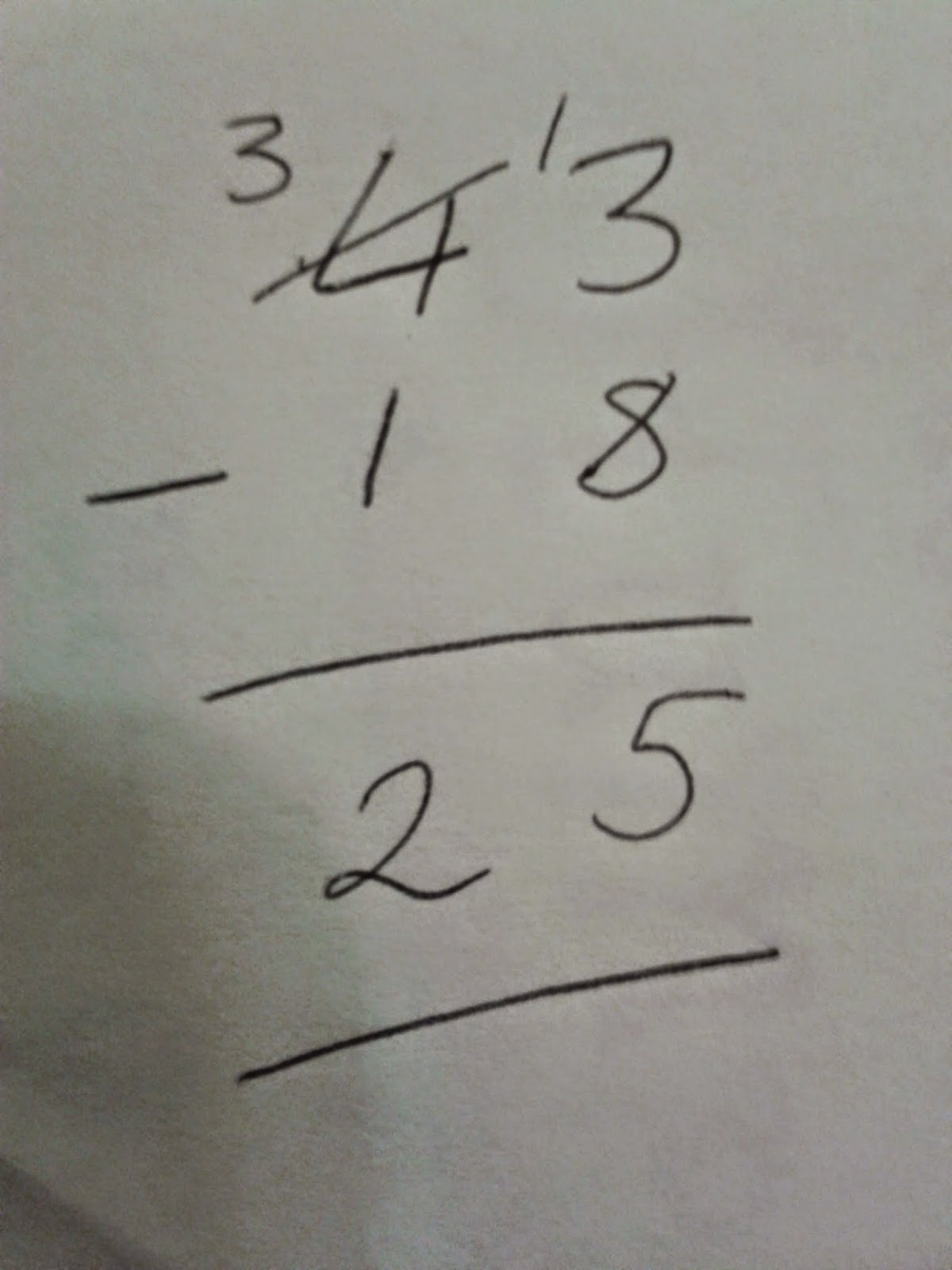 And so we come to Maths. Anna was working on the above last week when I came in to inconsolable hysterics. Obviously it isn't because it is too hard. It's way too easy now she's 6... But when Charlotte and I finally managed to calm her down enough to get what was wrong out of her, not laughing was a hard task. She was appalled by the messiness of this mathematical technique. The thought of handing in work with things scored out was too much for her to bear! She was trying to insist that once she had filled in all the answers on her worksheet, she should then rub out all the workings. She needed to rid her beautiful jotter of the scorings-out, the rogue little numbers on the sides because otherwise Mrs McDougall might take house points from her for not handing in clean, neat work. Charlotte, who is now going into her third year at high school, mentioned that working was worth 90% of the marks by her age and that erasing it was practically punishable by suspension from school (she likes to exaggerate for effect). At this, Anna dropped to the floor, a blubbering wreck, trying desperately to argue she should at least be allowed to copy it out on a second sheet to prove her ability for neatness to her teacher. Poor wee soul.