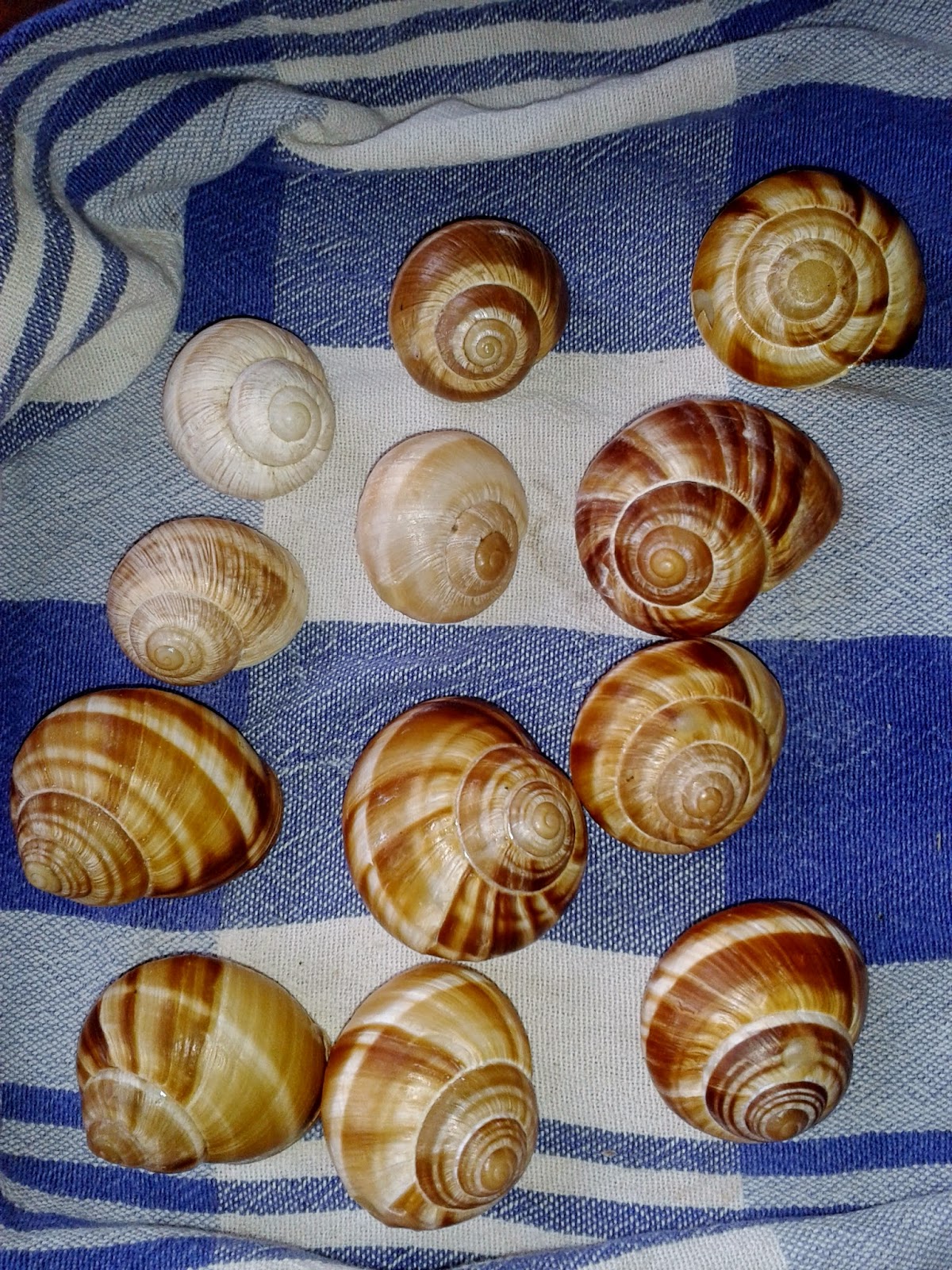 We always feed the kids the same food as we eat ourselves. I can't think of any exceptions. From they first taste solids chilis and spices are added to slowly build them up to the same tolerance as the rest of the family - you can't be making seven meals a night, can you? So on Sunday we had decided to start with snails. Marcel and Lots had had them years ago in France but 3, 4 and 5 had never been subjected to them.

Thomas brought them through. Léon and Anna stared at them in with a mix of fear and horror while Amaia laughed and smiled. I was surprised as Amaia, though great with very spicy food, tends to be the hardest when it comes to tasting new things. I told them I wanted them to try one each. Anna just looked disgusted, while Léon clasped his mouth firmly with both hands. Amaia poured the garlic and herb butter onto her plate and immediately started to dip her finger into it, delighted with the flavour. Again I was surprised how easy she was being. Anna eventually gave in and tasted one sliver, deciding they were vaguely similar to mussels, Léon pulled off a chunk with one hand, gagging dramatically as he put it to his mouth. But we got there. I happened at that point to notice Amaia was still only eating the sauce. Absent-mindedly, I pulled her snail out with a cocktail stick as I thought she couldn't manage it. She looked on completely shocked. 'What on earth is that?' she squealed. 'It's the snail! That,' I said, pointing 'is the snail sauce.' Without a single word she jumped in the air, somehow rotated through 180 degrees, landed cross-legged under the table with her arms folded, her nose in the air and her bottom lip sticking out. 'I've eaten the sauce, but there's no way I'm eating that!'