Wishing me a stressful Christmas? 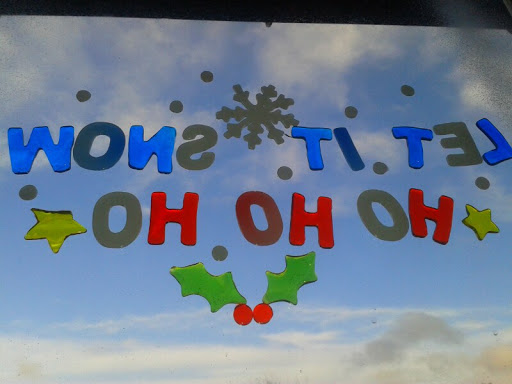 Is December 20th the hardest day of the year for those of us who are self-employed?

I remember well my years employed in other people's companies. By December 15th, you were starting to wind down, you'd the office party to look forward to, and projects to dust off... In publishing there were many projects passing for press up to Christmas Eve. You'd often spend that afternoon eating mince pies, and chatting getting ready for a very well-deserved holiday and if you were lucky the boss would let you away half an hour early. Working in a multinational department, you'd spent the couple of weeks before that waving off friends who were flying home to France, Spain, Greece, Germany or wherever for the holidays. You felt their anticipation and the atmosphere was great, if manic.

Something you don't think enough about before you opt to freelance, or run your own business is the truly hideous concept of 'unpaid holidays'. It is not that I don't need a holiday. I have worked almost every day since February, including most weekend days, so I bloody need a holiday. But as I watch my dozens of facebook friends today at their office parties, their drinks session or count down to the long drive home, no one seems to have a depressing status saying something along the lines of: No chance of any freelance work for the next two weeks, everyone's on paid leave, so trying to make ends meet in the most expensive month of the year with half my normal monthly income. I guess that just wouldn't be in the Christmas spirit. And of course, the knock-on effect of that is that you are half a month down on salary when you start 2014 so you spend it playing catch-up from day one! Stress! At least during summer there's still hope, but please excuse me if I find Christmas a tad more stressful than I used to...
Posted by Phyl at 11:14 pm