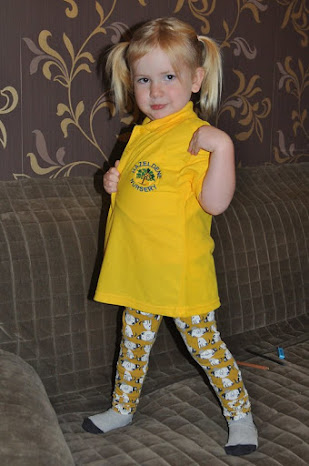 From the minute I worked out Amaia's due date back at Easter 2009 I knew this day would come.

This morning the nursery issued us with the form offering us an extra year because sending her to school next summer would make her one of the youngest in her year.

The way the Scottish education system works is as follows: let's take next summer's intake as an example. All children who will turn 5 between 1/3/14 and 28/2/15 should start school in the August of 2014. Children whose 5th birthdays fall between 1/1/15 and 28/2/15 are offered an automatic right to defer school entrance so as to become the oldest starters of the summer of 2015, rather than the youngest of 2014, if their parents so desire.

We didn't have this issue with Anna two years ago as she missed the deferral cut-off by 12 days. So she went to school at the age of four and is more than coping psychologically, socially and academically. She's an outgoing, confident little girl and doesn't let her age stand in her way. Still I wish she could have been older when she went. Amaia is a quieter one though. She's more introvert, less self-assured. She very much reminds me of her sister Charlotte who I deferred back in 2004. At the time those who had chosen not to defer often commented that their child was clever enough to start at 4. I learned to let that wash over me because I wasn't deferring Lots for academic reasons - she already wrote all her own Christmas cards at the age of three and could quickly calculate but she didn't like stepping onto the stage and singing, in the playground she was not confident enough to seek out friends and often sat quietly hoping they would come to her. At the time I thought Charlotte would benefit hugely from not having to be the baby of the class over and above being quiet and introvert. I also reasoned that the highest achievers of our European neighbours are not those who start at 4 but rather those who start at 6 or even 7. I was also pushed in that direction by having been a February baby myself, in the days before deferral was introduced. I had all my vaccinations a year later than my classmates, I sat my uni entrance exams at 16, I couldn't go to university social events till six months after I started as I was just 17. I was sent to teach in France at 19, just a year older than the students. All in all I had a huge chip on my shoulder about being the youngest at school. Of course, it didn't affect me academically but I still lacked confidence because of it and didn't fully come out of my shell till long after my teens. Of course as deferral didn't exist back then, I did not hold any grudge against my parents at least!

As time has gone by I have found further benefits to having deferred Charlotte. As far as I can see 15 is the new 17. Marcel and his classmates were exposed to drink, drugs, sex and peer pressure by about third year at high school. By deferring her, she is now hitting that age more able to cope with it from a maturity perspective, and furthermore, with no chip on her shoulder and nothing to prove.

When I knew this decision was coming I, of course, discussed it at length with Thomas but I also discussed it separately with both Marcel and Lots herself to get their input. Marcel immediately suggested we defer so she had nothing to prove. The older ones in my year tend to lead, the younger ones prefer to follow, he advised. I asked Charlotte if she felt any regrets given one downside was that she had been first in her year to reach puberty and was not comfortable with that at all at the time. To my surprise she actually said that she'd have found coping with puberty even harder if she'd had all the hang-ups about age too. She thanked me openly for making what she decided was the right decision for her. As she pointed out, she has to choose the subjects she's taking on to 4th year in just eight weeks - she'd have felt even less ready to do that a year ago than she does now.

As I said, with some kids, especially the socially extrovert, calm ones who are very much at ease with themselves, it might not be wrong to send them but I think both Lots and Amaia have the type of personality that definitely won't have anything to lose by being a little older when they have to make life's more important decisions. Even Léon, who turned 5 after the first 2 months of p1 would have coped better emotionally, had he been able to start a year later. He was so young at first that although he was as bright as a button, he just wasn't all that interested in formal learning when he could have been charging round the playground in a dinosaur costume! I really don't think we'll hear any complaints. I'm 12 years into schooling from a parental perspective and have yet to meet anyone who has told me they wish they hadn't deferred their child. The same is not true of the opposite. Given I work from home and am therefore not financially constrained to send her to school, although it would of course make my life logistically much easier, I cannot justify to myself not offering her an extra year of childhood before formal education starts to take her from us. So we signed the paperwork today, to keep our little girl another year. Five and a half is a better age...
Posted by Phyl at 7:43 pm