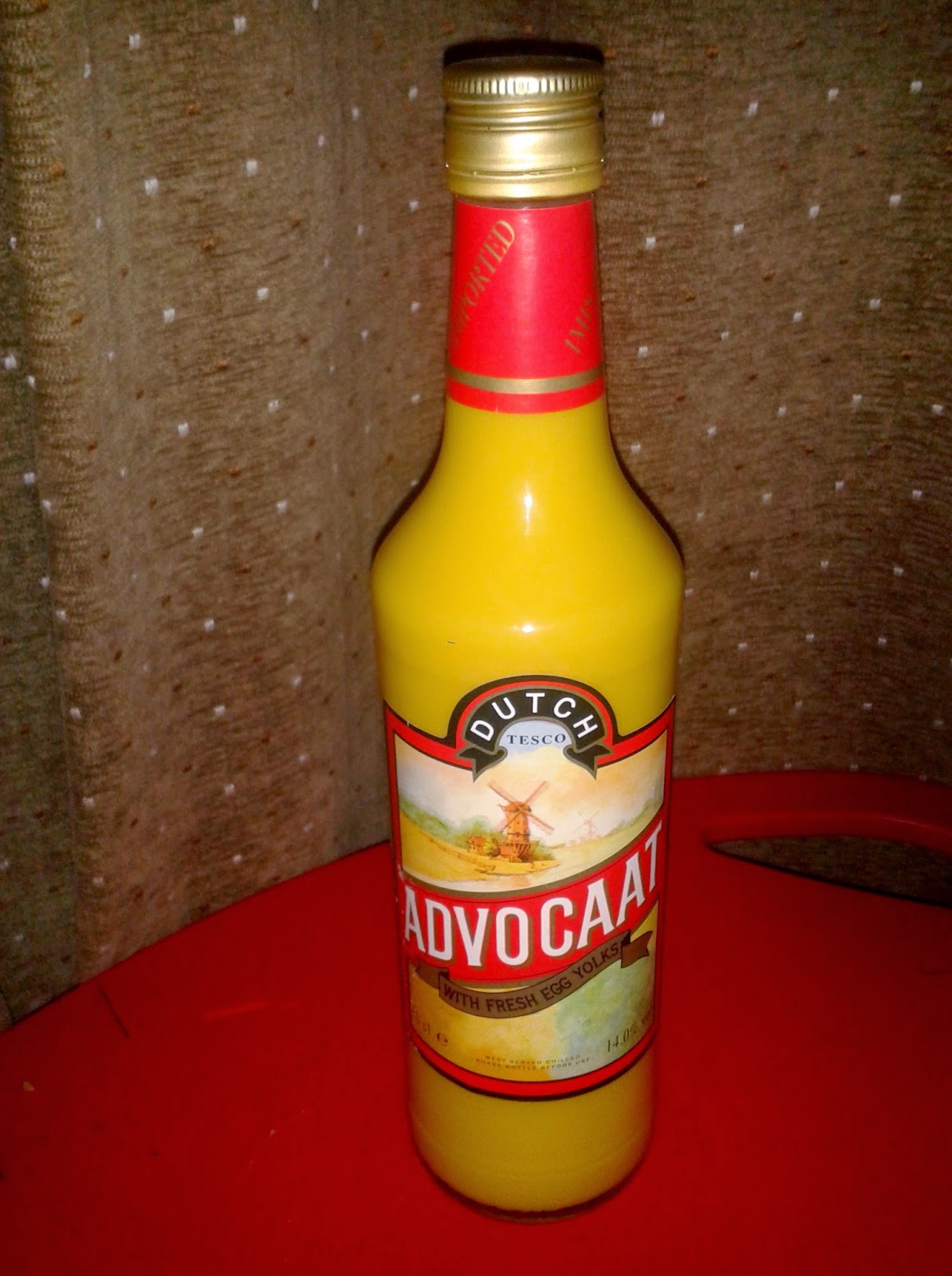 As a child, we spent Hogmanay at my granny's house. I've mentioned the format before. But the one thing I didn't go into was the alcoholic content. Gramps used to drink a little too much (and sing about belonging to Glasgow) and consequently Granny didn't. She certainly didn't believe children should be given alcohol either so every year she'd take out (presumably the same) bottle of Advocaat that she'd bought years before for all the non-drinkers. I think she thought it was liquidized egg, that's what she told me anyway... I doubt she'd ever read it closely enough to see it contained 18% alcohol. She certainly used to present it to me as the non-alcoholic option - a bit like shloer only yellow (and dare I say bloody awful).

Even as a young child of eight or nine, however, I was drawn to all things exotic and this putrid alcohol contained two 'a's side by side and the word 'Dutch' on the label and to me that meant foreign, exciting, and making myself like it became a goal in itself. I'd nurse a glass of the viscous liquid all night willing it to taste better because I was desperate to escape into some dream of foreign wonder. But after my gran died, I gave in and accepted Advocaat wasn't my tall, dark foreign, stranger (I opted to marry several foreign men instead!)


Nearly thirty years have passed since I last tasted Advocaat and then my friend Siobhan asked me last Saturday if I'd like a glass. Straight, it was exactly as I remembered it, in all its vileness... But then she asked if I was insane drinking it neat, she filled my glass with Mexican lime juice and lemonade and presented me with my first taste of a Snowball and I am more than gobsmacked to say, not only did it inspire me to buy my first bottle of Advocaat since I came of age, but I also intend to ring in the bells this year, for the first time since 1983 with a glass of Advocaat in my hand!