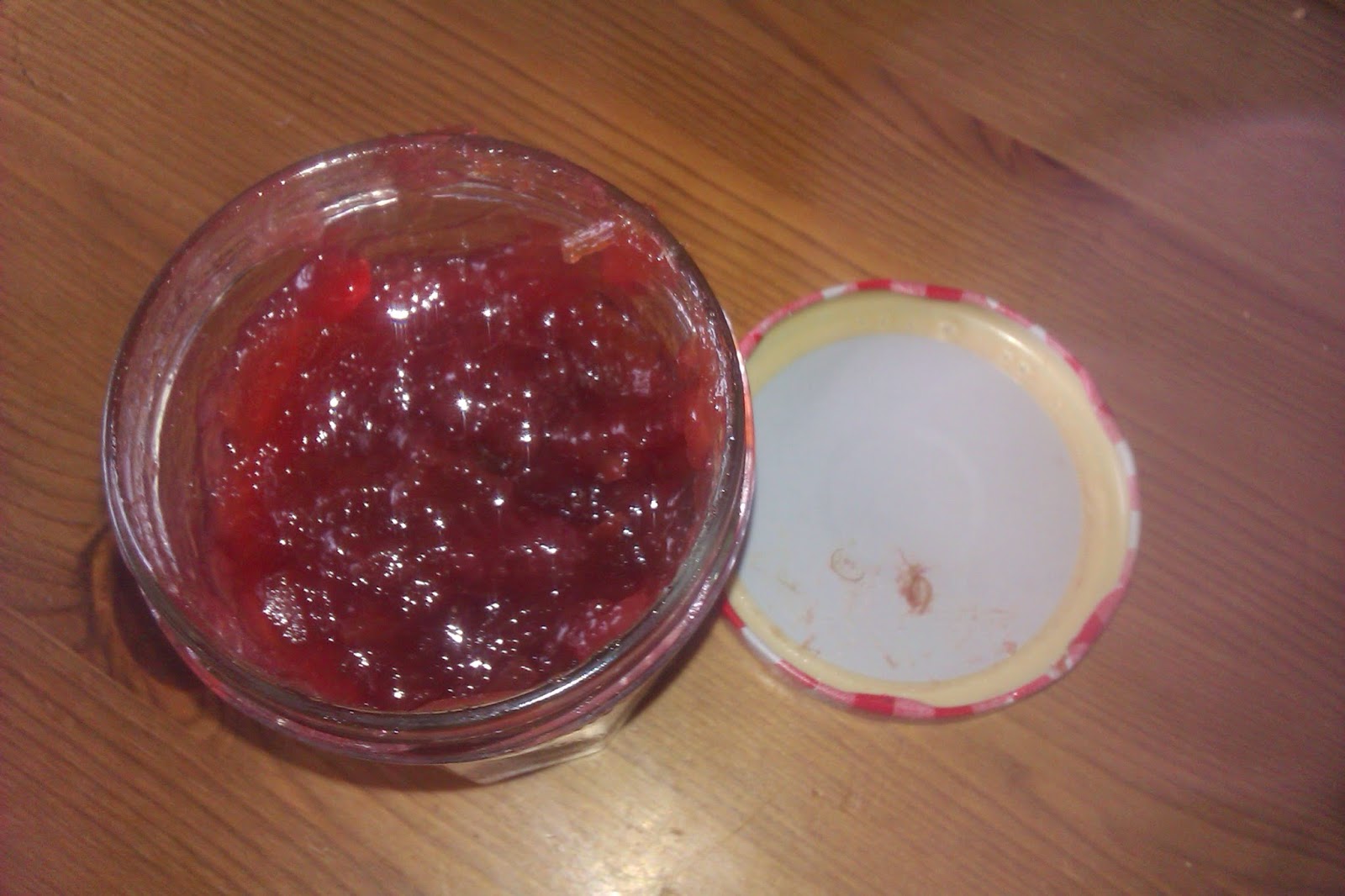 I remember the first time I met my first mother-in-law-to-be (at the age of 18), she asked what jam I was best at making. When I replied that I'd never made jam, I thought she was going to faint. She couldn't believe anyone could reach the ripe old age of 18 without ever having made jam. So now at 44,  I decided I could put it off no longer! We had four large rhubarb plants taking over the garden so I chopped up 1.5kg and followed this recipe. It didn't turn out too badly - the taste is good. It's a bit too set for my liking - I prefer the runny jam they eat in France and Denmark to the solid stuff we eat in the UK. A better plan is probably to google a recipe in French instead next time. I am more likely to appreciate the consistency of something written by a French author.

I may be a late starter, but I might actually take up jam making properly given how many fruit bushes Thomas has planted in our garden.
Posted by Phyl at 11:54 pm