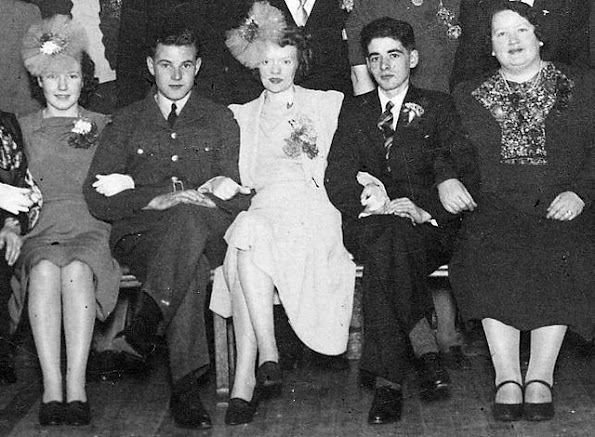 If my old gran was still alive she'd be 96 by now. And today she would have been throwing a party to celebrate her 70th wedding anniversary. Awwwh, I hear you say... but of course today isn't her 70th wedding anniversary! It is her 69th! I vaguely remember hearing a story about how gran fell out with my mun on her real 25th wedding anniversary when she didn't buy her a special card, despite my gran having thrown the party the previous year! And worse still the crazy bat refused to allow my mum to have her birth certificate when she left home as it stated her parents' wedding date as being (shock, horror) six months before her birth! The problem of course was that mum needed her birth certificate to post her wedding banns but gran was worried about her dignity!

Funny how things have changed in a couple of generations. I wonder how she'd feel about my own daughter being the flower girl at my wedding when she was 14 months old! (Or should I start organizing fake wedding anniversary parties too?)

(And looking at the photo - as a child I often wondered if my gran (and her sister-in-law Catherine) worked part time as chimney sweeps in the 40s?!)
Posted by Phyl at 6:45 pm