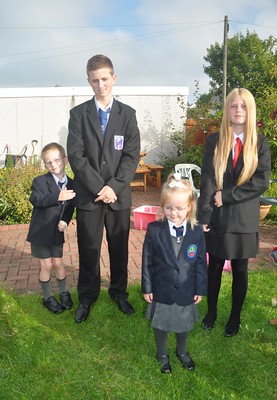 I'm just thinking back on the last twenty-four hours and imagining how dull my existence would be without all these hangers-on!

My day started at 4am with the arrival Amaia, Upsy Daisy and an elephant in a dress at our bedroom door. Something had upset her and I was too tired to fight her. Whatever it was, was quickly forgotten, of course, once she, and her menagerie took over our bed.

Marcel had been off training for his Duke of Edinburgh award since Friday morning. It involved a 30 mile hike with and overnight stay in a tent in New Lanark. Although well-travelled on Ryanair, Marcel has never had on walking boots before and thought till Friday that the tent was a three-room thing you found in the boot of the car after a long drive down south, as opposed to something you were meant to carry on your back. Anyway, he asked me for a sleeping bag and I clearly remember saying - Take the red one in the the yellow drawstring bag - it's just opposite the hatch when you go up to the loft. It's a mountain bag that Thomas bought for his year in Tbilisi. I don't consider that instruction overly hard but apparently he thought I said - Go up in the loft and grab the first bag you see, yes of course the pale blue one is just fine! So Marcel, all 1m75 of him, walked five hours then opened his blue bag to find not only that it was a summer tog one, but it was Léon's 1m10 long junior sleeping bag! Silly bugger had to sleep in all his clothes! I think he might listen more carefully to mummy next week when he goes on the real walk! 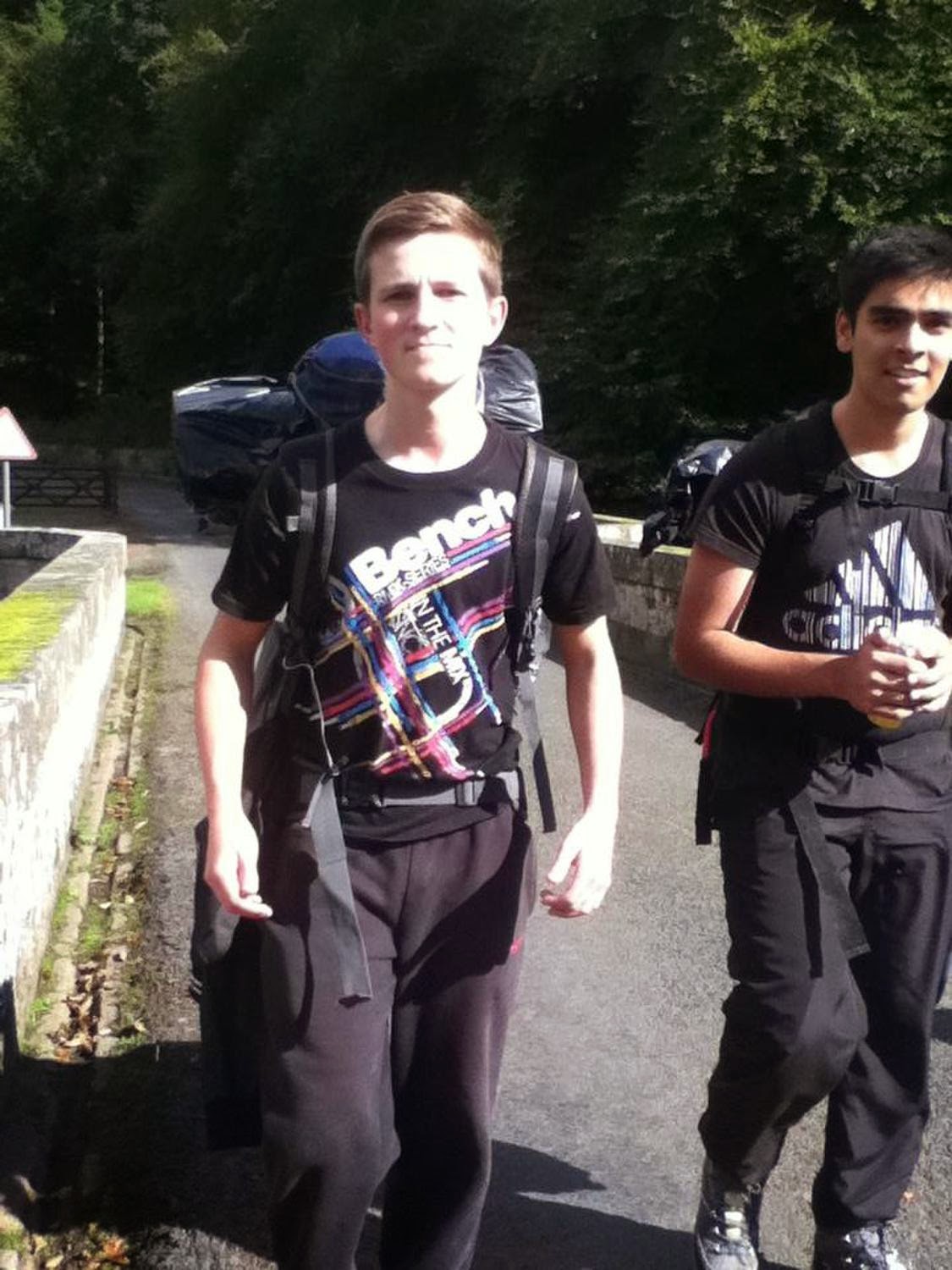 Of course after his long walk the wee soul was tired. He was under instruction this week to teach his wee sister how to go to school by bus. He was to take her to the bus stop at 7-55am. So having my bedroom door knocked at 7.55am was ominous in itself. Emmm - he's slept in mum so I've missed the bus, oh and he's slept through his paper round too! Give me strength! I get to pay for him to go hiking all weekend so he sleeps in and Lots and I get to do his paper round while he has his shower and gets ready. A great start to the week. So I drive them to school. This in itself is stressful as I notice my ex-husband is directly behind me on the trip. He doesn't know my current car so isn't aware it is me but I can't miss his lime green Fiat in my rear view mirror and given I'm in the middle of an acrimonious custody battle with him I slip lower in my seat in the hope he won't notice us! Nevertheless, we arrive at school unscathed and the last thing I say to them is - Well at least you can show her which bus to come home on... At 4.30pm Marcel walks in alone! I told her to meet me on the 4pm 44, he says and as it pulled away I saw her slowly walking past the shops so I texted her to take the next bus along, so don't worry, she's fine! How can it be that complicated, just to manage one of my requests for the day?!

In the meantime I have picked up Léon and Anna. Anna has come out of school wearing an orange shirt and tie. (This photo does not do it justice!) 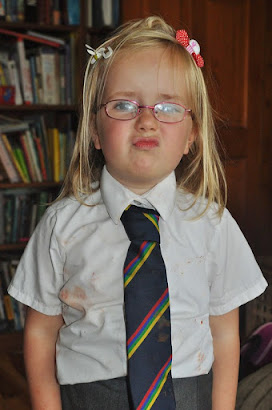 Despite having full plastic body-armour for painting lessons, Anna is completely covered in paint. The pattern shows me she has put the apron on backwards and the (no doubt) overworked teacher has not pointed it out to her! I suspect her three-week old shirt is ruined and her tie is borderline. I pull the clothes off immediately and run around the house trying to find something to wash it with (because I have already done three loads today - serves me right for being organised!) I stick it on at 3-30pm.

When Lots finally wanders in twenty minutes after Marcel her first comment is - We started rugby today mum, my PE kit is soaking and covered in mud and I need it again tomorrow! How many times can one person say - Give me strength! in the space of twelve hours?! So I wait till Anna's clothes come out - tie salvaged, shirt still orange and now soaking in bleach, and put in Charlotte's with some bath mats that probably don't need washing but still... I estimate they should be dry by 11pm. Skin of the teeth!

Léon's been no trouble today, if that is of any consolation!

I think I'll go to bed now and prepare myself  for tomorrow... the day when both the high school and the primary are having simultaneous open evenings (now that's sensible!) and one has requested 'no kids, please' - that'll be easy with my five and no babysitters!
Posted by Phyl at 10:46 pm