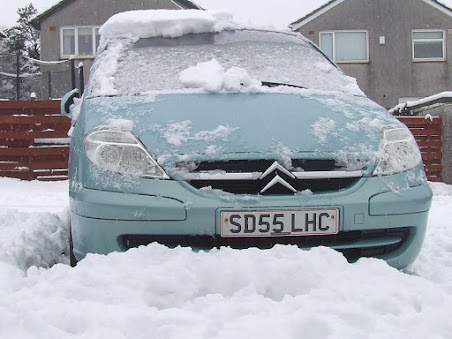 Léon asked me yesterday why car number plates were called number plates when they are predominantly alphabet plates! It's funny how young children see the world through different eyes.

Then we got talking about number plates. He noticed a car with a number plate that contained only one letter and two numbers. He wanted to know why it was so short so I explained the UK's system of private number plates and mentioned that such a short number plate would have been quite expensive. The wee guy is now on the look-out (he says) for a car with the whole alphabet on the back because he hears there's a recession on so he figures someone around is going to be that poor!