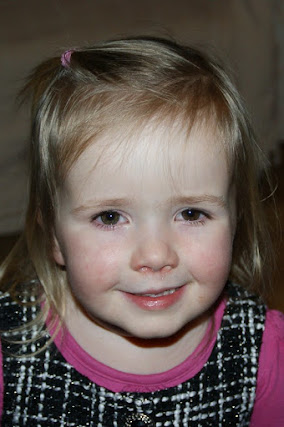 I had forgotten that the first few weeks and months of nursery can turn into a bit of a nightmare as your child is exposed to new germs. Thirteen days in and Anna has caught her first nursery cold. Hopefully given the number of kids here at home and her many trips to pick siblings up in such establishments over the past three years, Anna won't be too badly affected over the next wee while. The one thing I am dreading more than anything of course is chicken pox, given neither Anna nor Amaia has had it. Before Léon's dose at 20 months chicken pox didn't scare me, but once you've had a child end up in Yorkhill Hospital after a bad dose of the pox, you never feel quite the same about it... I just wish the UK would vaccinate against it.
Posted by Phyl at 11:10 pm