LIFE THROUGH THE EYES OF A 5 YEAR OLD 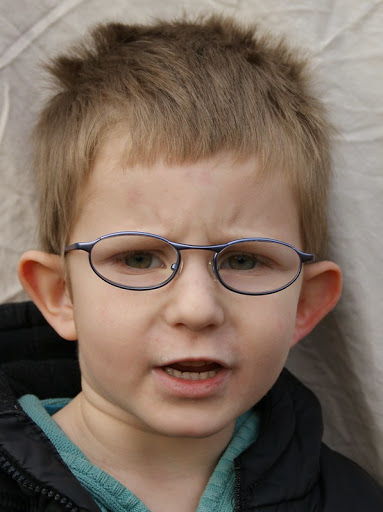 Life can be somewhat easier if you view it through the eyes of a five year old. Today Léon bounced up to me and asked if we could go to see Brita and Peter in Italy in the summer. I explained that I had been checking flight prices over the last few days and found out that seven seats on Ryanair's Glasgow Pisa flight would cost £1200 and that's before we get to car hire and spending money so told him I was doubtful that it would be possible. He looked puzzled and said Well, if we can't afford the plane tickets, can't we just use our passports as tickets instead? Now, I'm liking that idea. I can just see it now at Ryanair check-in. No sir, we don't actually have reservations, but we've brought our passports! Recently at Tesco garage, he came out with another gem. I filled my car with over £100 (waaaah) of diesel and went into the shop to pay for it. When I came out Léon looked expectantly at me and asked if I'd bought sweets or crisps. I replied no and he muttered - You must have bought something, you went into the shop! I told him I'd paid for the petrol, to which he replied Do you have to pay for petrol? My conclusion - I want our next prime minister to be a five year old boy!
Posted by Phyl at 11:32 pm