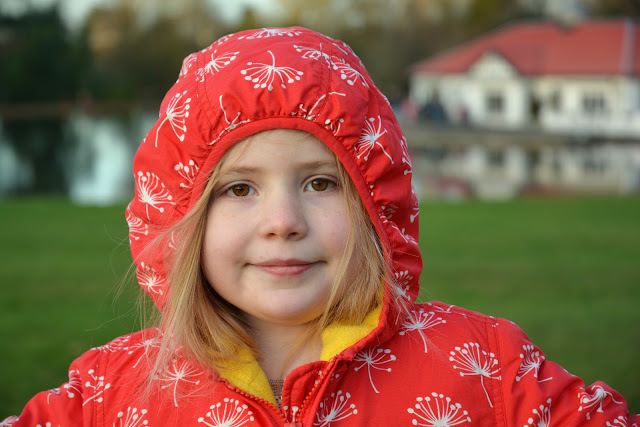 It was not without some measure of relief, that I blogged back in 2013 that Amaia had passed her nursery eye test.

At the time I had two small children with glasses. When Léon was fitted with his first glasses at four, I felt completely crushed when he walked out the shop onto Byres road and proclaimed 'Wow, is this what the world looks like!?' I felt so guilty that I hadn't realized he couldn't see. I felt, as his mum, I should have known something was wrong, but I had two perfectly sighted kids and Léon had shown no signs of his struggles, writing and drawing like his siblings before him. But a mum is supposed to be superwoman, right?

Not wanting to make the same mistake a second time, I begged the hospital on my visits with Léon and my GP at the time but was told that they wouldn't check Anna till her nursery screening, two weeks before her fourth birthday. When she was also found to have a different visual problem. Whereas Léon is very long sighted (+5.50 when he was four, down to +4.75 now) Anna's vision isn't bad (+1.25) but she's got fairly bad astigmatism making glasses an all-life thing for her too.

So when Amaia came along, I held my breath and was beyond relieved when she passed with flying colours. I was thrilled she wouldn't be plagued with optician visits, overjoyed that my baby could see the world around her, no longer stressed about having to have glasses fixed at short notice when a lense fell out in the playground or a leg got snapped off at softplay and also, I admit, happy, as a keen photographer, that her beautiful caramel eyes wouldn't be hidden behind some horribly reflective piece of glass that invariably ruins 30% of my photos.

A couple of weeks ago I realized that neither Charlotte, nor Amaia had had their eyes retested recently, so with no worries or issues, I booked Amaia a routine test (Lots claims she's too busy till after her Highers in May). I got Anna's usual optician in Barrhead. He made her read from the charts, then said he was concerned about her answers not being within the normal range. He went on to dilate her pupils and test her without having her read, then turned and told me he'd no idea how she'd managed to fluke a pass at nursery because she was definitely long-sighted, around +3.00. Nooooooo!

Amaia is completely unfazed and almost thrilled to get glasses like her siblings. I am not so thrilled. I feel annoyed that she somehow managed to hoodwink them at the previous test - had she come back with a fail or an ambiguous test at nursery, I would have taken her often to double check but she passed with flying colours and they told me at the time they had no concerns about her. I think I was too happy to accept the diagnosis I wanted to hear, and therefore failed her somehow. It upsets me to think she's not been seeing well at school and hasn't realized herself. And I swear if she comes out with a statement like Léon next Wednesday, when she gets her glasses, I might just cry.

But for now we have to look on the positive side. They've found the problem and hopefully it is going to be sorted.
Posted by Phyl at 10:48 am