I had a vague memory from my childhood about a chat I had either with my mum or my dad about nicknames. They told me they had ruled out the name Andrew for any male child as they disliked the name Drew, although they didn't mind Andy. With that in mind, I wasn't 100% sure about calling Charlotte Charlotte when she was born. I liked Charlotte, and didn't mind any of the Lottie diminutives but my downstairs neighbour at the time (a bloke named Charles (Charlie to his mates)) had a young daughter who was about four years old, named Charlotte (Charlie to her mates), and I wasn't too fond of that sort of androgynous name, so it worried me our Charlotte could end up a Charlie too. Incidentally, Marcel used to refer to the neighbours as 'that pair of Charlies downstairs', which made me smile, given he was only two!

We eventually plumped for Charlotte, figuring we could steer the direction and hoping the Charlie downstairs would make it less likely we'd end up with two in the one close. Also, given we spoke French at home back then, the Lotte syllable was the most prominent in the pronunciation of her name. At first she was only Charlotte, then once she started crawling and wrecking Marcel's lego, she became 'Naughty Lottie' and eventually dad shortened that to 'Lots'.

Today, at home, in the family, she's Lots, and to her schoolfriends she's still only Charlotte. I have the odd friend from her toddler days who still refers to her as Lottie, but that's about it, or was about it, until the unforeseen happened.

Léon started calling Charlotte Chim! Chim? Chim? CHIM? Where the hell did that come from? It must have started three or four years ago. After hearing 'Chim will you....?' for the tenth time one afternoon, I shouted at him 'Where the hell did Chim come from?' His deadpan reply 'It's short for Chimmy Chamallow Lot'. Well, now I know! On further pressing, he explained Charlotte had bought  him a bag a marshmallows in Primark, that were named Chamallows, so he expanded that first to Chamallow Lots, then to Chimmy Chamallow Lots, then immediately reduced it because it was too big a mouthful, but somehow he ended up reducing it to part of the name that wasn't part of the marshmallow's name or Charlotte's own name. Confused? Me too!

When I had Charlotte, did it ever cross my mind her brother would shorted it to Chim? Nope (funnily enough)! No amount of forethought would have avoided that one, so I guess Charlotte will be Lots to five of us, and forever Chim to Léon. 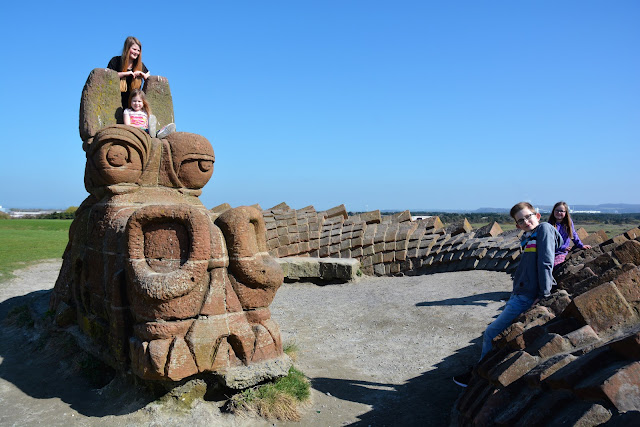 When I had Amaia, there seemed, of course, only to be one obvious short form: Maia, and for the first couple of years that was how it went. She was called Amaia, or Maia by both friends and family.

How simple. How predictable... Spoke too soon.

At dinner one night maybe two or three years ago, I thought I heard Marcel mumble 'Mike, can you pass me the salt?' While still looking round the table for the visitor I had obviously not spotted in the large crowd that is my family, Amaia, without a second glance, picked up the salt and passed him it. I must have misheard... A few weeks later, I overheard Léon shout something upstairs that sounded remarkably like 'Do you want any noodles, Mike?' and again Amaia replied. This was getting weird. How do you get Mike from Amaia? Am I just thick, or what? So I asked. Yet again, the explanation was contrived - 'Well', Léon told me, 'when Amaia was wee, Marcel used to call her Maia. Sometimes he'd use silly voices to make her laugh so occasionally, he'd call her Mai-ers, which sounds like Myers, so he lengthened it to Mike Myers, and then shortened it to Mike, so we both call her Mike as well as Amaia!'

OMG! Are there not already enough names to learn in this bloody family without renaming people after bags of marshmallows and famous actors? At least the Amaia one, I kind of understand, I still have no clue where the Chim came from, but quite frankly, I'm scared to ask for a deeper explanation as I'm sure it'll blow my mind completely.
Posted by Phyl at 1:26 am