Nicaragua - it's all change with just a few weeks to go

Charlotte has slowly spent the last eighteen months trying to accumulate the money to go off on a World Challenge expedition. In 2014 Marcel flew out to India after the flooding destroyed much of the infrastructure in some of the more remote villages in the North and spent a couple of weeks restoring drainage and building water collection devices in tiny villages before enjoying a few days trekking the Himalayas tiger-watching and quickly stopping to see the Taj Mahal. 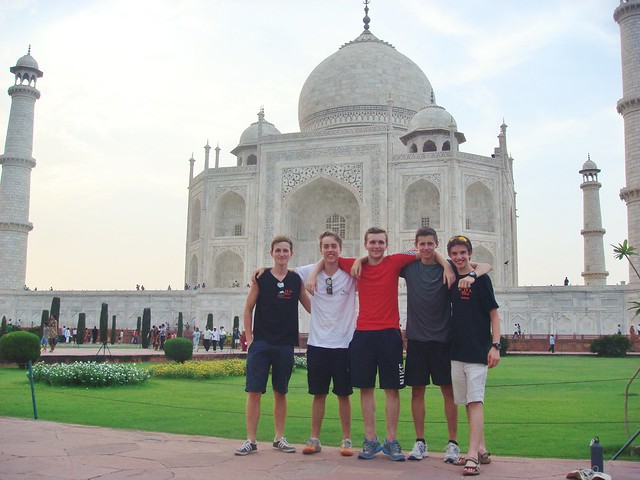 I think it was a life-changing experience for him as he's happily done volunteer work since his return, giving up his time for varied activities ranging from helping to redecorate the houses of people recovering from addictions, to working in charity shops and soup kitchens. I don't think he will ever see the world in the same way again after a woman, in the mountains of India, cried when they offered to leave behind the blankets they had been using to camp in her village, thanking them as if they had offered her a precious gift. That must be life changing at 16.

For Charlotte's year group rural Nicaragua has been chosen. Her remit; to rebuild a run-down part of a local school, while also teaching the kids some English. Her perk - volcano-boarding in the only place in the world where you can volcano-board down live volcanoes!

With about six weeks to go, she is just a few hundred short of her target so should hopefully be back in the black by the end of the summer, assuming she gets enough babysitting, gardening and car washing to do!

Since the beginning of the year she's been booked on six United flights transiting across the US: Glasgow-New York-Texas-Managua. I'm not sure if all the adverse United publicity has anything to do with things but we received an emergency update yesterday, claiming they had decided the time in Texas was too short to change flight so the entire trip has been re-routed, with all 46 tickets cancelled and re-booked, funnily enough avoiding United and Trumpton altogether. Looks like my wee girl is now getting to try out an 11 hour flight on a B777 from Amsterdam to Panama City. As she said herself - this is definitely more exotic, as she's less likely to find herself in Panama than NYC in the future, so she's quite excited. Of course, I've asked her to pick me up a chunk of mature Gouda, if she's stuck in Schiphol for an afternoon on the way home anyway - I think she thinks I'm kidding! So it's going to be Glasgow-Amsterdam-Panama city-Managua. And the other advantage is she's now getting back nearly 12 hours later so all the wee ones can go and collect her at the airport as they'll be on their school summer holiday already. Woo hoo.
Posted by Phyl at 11:29 am