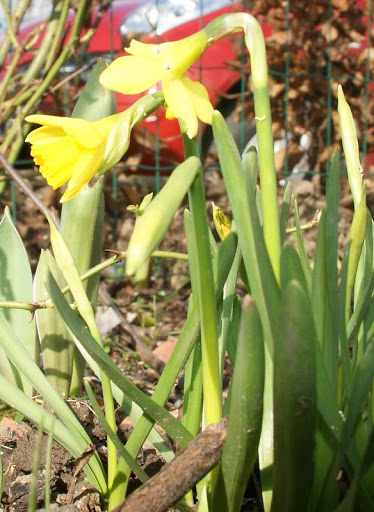 When you speak various languages, you become aware of different cultures and climates. Take daffodils - they are called Easter lilies in Danish. That says a lot about climate. In Scotland in good year they pop out in February, March is a worst-case scenario so they'd have needed to be called Lent lilies or last-week-of February lilies in Scotland if we used similar terminology. I guess those are the kinds of names you can use in small languages, that don't work in world languages - when you speak English in places as different as New Zealand, California and Scotland, you aren't going to get names like 'Easter lilies'.
Posted by Phyl at 7:16 pm