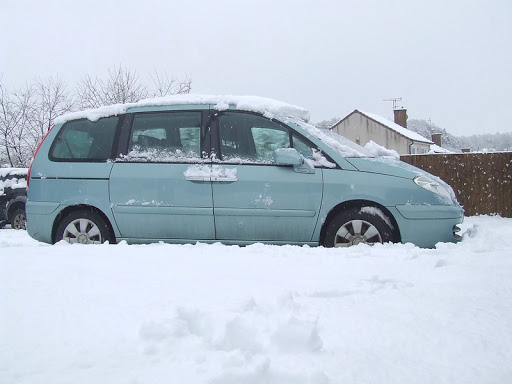 This is my car. It is over three years old so it needs an MOT every September to check it is roadworthy. I care about my car. Life in a family of seven without a big car would be tough. Buying a brand new seven seater would cost me £25K. I don't have a spare £25K so I look after my car.

Since my MOT back in September (it passed without a hitch), I've been wondering about human priorities... Why do we give our cars (that can be replaced for £25K) annual MOTs but we don't give humans over a specific age the same?

Anyone who reads this occasionally knows that my dad is terminally ill and my mum had a stroke in the summer...

Think about it. Dad has bowel cancer - an easily curable disease if it had been discovered before it had spread to his lymphs, lungs, liver and other such places. If he'd had an 'MOT' every year from 40, 50 or 60 - whatever was deemed the human equivalent of the car's three years - then they'd have caught it on time. Mum had a stroke caused by a mix of high blood pressure, thyroid problems and an irregular heartbeat - all things that would have been detected at an MOT too. So dad is terminally ill at 68 and mum has suffered some brain damage unnecessarily at 67.

It makes you think through priorities, doesn't it?
Posted by Phyl at 10:54 pm