All my little uprisings

When I lived in Italy in '86 one of my flatmates was in a fairly unhappy relationship at home, so took her summer school in Perugia as an opportunity to have some no-strings-attached romantic fun... She first tried chatting up our middle-aged, rather sleazy landlord Elio, after some fun there she moved on to an Iranian bloke whose name I can't remember, followed by Gavin from England and finally Frank from Bremen. Frank became a bit of a fixture in my flat for the latter half of the summer and early autumn and one thing that made me laugh was the fact that Frank had got it into his head that the word 'offspring' was in fact 'uprisings' - I guess he remembered it was some kind of preposition followed by some kind of upwards-directional verb. Whatever went through his head, no matter how many times we all corrected him, he persisted in talking about mothers and their little uprisings all autumn. It still makes me smile today whenever I hear that word, so in dedication to my long-lost German acquaintance, Frank, here is a rare photo on Christmas day 2019 of all my little uprisings. 😂 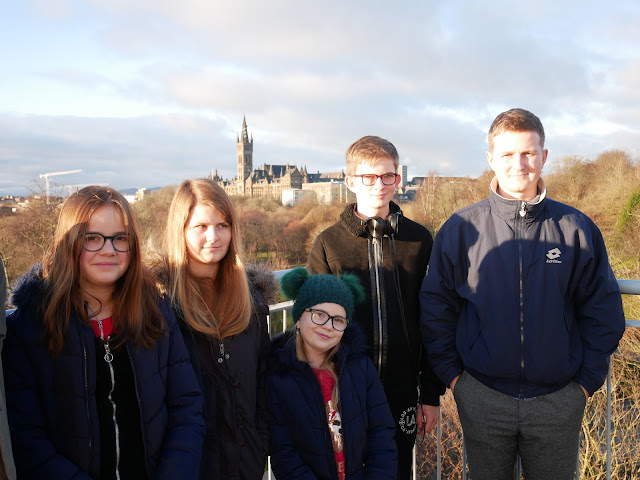