The torture is finally at an end 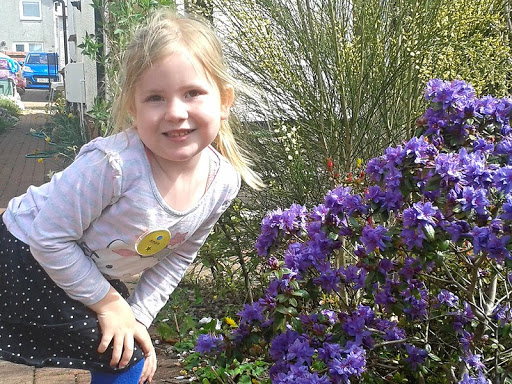 It's been a bit of an emotional roller coaster week anyway. Marcel left school on Monday as I blogged the other day. As I sat there listening to they adults all those tiny kids I'd known for thirteen years had become, my desire for all my kids to get the same opportunity became stronger. Of course, I know there are many good schools, including the one where Amaia would have to go if her placing request was refused but I wanted her to be able to join that family, if you like, that we and the other four have all been part of for thirteen years. Over and over in my head, I rehearsed having to tell her that she would not be joining her four siblings, but instead would be going to school with the little girl who lives up the street who is five years older than she is. I rehearsed telling Anna and Léon that they would not get to take their sister proudly into the p1 playground on August 13 but instead would wave to her as I dropped her at the start of a different and alien journey to them.

Amaia herself has been becoming increasingly agitated by the whole process. Two months ago the kids who were going off to school in August had all been given colour-coded badges at nursery. Firstly, she was given the badge for our catchment school which freaked her out as she could see it was different to all the others in her group. When I pointed out that was distressing her as she was still waiting on a placing request being accepted or refused, the nursery removed her colour-coded badge. This cheered her up temporarily. She was told her coloured badge wasn't available yet as she was waiting for a letter to confirm the colour. As time went on however children started to ask her if she wasn't going to be a school girl after all as all the older kids had badges and only the ante pre-schoolers had no colour coding. She felt quite confused and was a little distressed by the whole thing.
As a parent I tried to sound optimistic but couldn't promise her anything so talked up the advantages both of the kids' school and of the neighbour's, while inside I was falling apart emotionally - not just because the logistics of being two places that are seven minutes apart for the next four years would be impossible but because I wanted my family together. That's all I've ever wanted. That is the norm in Scotland. Siblings attend the same school and staff get to know them as a family.

I'm not the kind of person who would have got on the placing request carousel just for fun. At first I had two kids. I enrolled them in my catchment school and they were there and happy and settled when my marriage broke down. They lost their family, they lost their home. One was in p2, the other p5. At that point I had a choice to make. I could move them from their school too and force them to lose all their friends when they were at their most vulnerable. Their friends and their school were the two constants I could keep for them to try to help them through. Or I could drive them seven minutes a day and keep a tiny corner of normality in their lives. I opted for the latter. But by opting for the latter I forced myself into this cruel and stressful system. I also stupidly assumed I'd simply move back across the one road that separates me from my old catchment before it came time to send the others. I hadn't counted on economic downturns and redundancies. So I'm stuck on this roller coaster for another seven years until my last child enters her high school. It's not good for my psyche.

The council takes 151 days to process your application in total. Of course, you don't think about it every day. It's at the back of your mind most of December and January when you are enrolling them in school and filling in forms. In February, people in other council areas start to hear about their requests so it pops up now and again. In March nursery starts gearing your child up to move on so then the stress cranks up, and April is unbearable. You listen for the postman every day and every day you are disappointed. By the end of the last week, you contact the council but they won't tell you over the phone till the final deadline (30-4) is past by over a week. You start to dig through previous applications and when you see they are dated a day earlier, you lose it completely. By Wednesday I could no longer function. I lay awake all night sobbing my way through how to be in two places at one time and how to tell my baby she was going to be all alone. When her letter finally did come through yesterday with a positive response, the other kids replied with 'So you won't be stressed and shouty anymore then?' (Léon), 'Told you, you didn't need to get yourself in such a state' (Marcel) and 'Good, will that be you back to normal and no longer stressed?' (Charlotte).

Life is stressful. Life has been stressful for the last six years or more and placing requests are the straw that breaks my particular camel's back. With this year's over, I will now try to wind down and teach myself to breathe again until December 2016 when I need to submit my next one. And I will desperately try to work out my finances with a view to moving a mile so I don't need to do this ever again... but I doubt, given the state of the country, that's on the cards, this soon anyway.

But today, I'm away up to the loft to dig out Anna's little p1 Kirkhill blazer to show Amaia, as she is now more than ready to start getting ready for August.