Targeted ads piss me off! You know that way you look at something on the Internet and I from that moment, every time you are on the Internet they are all over the page, down the side bar etc Take this for example: 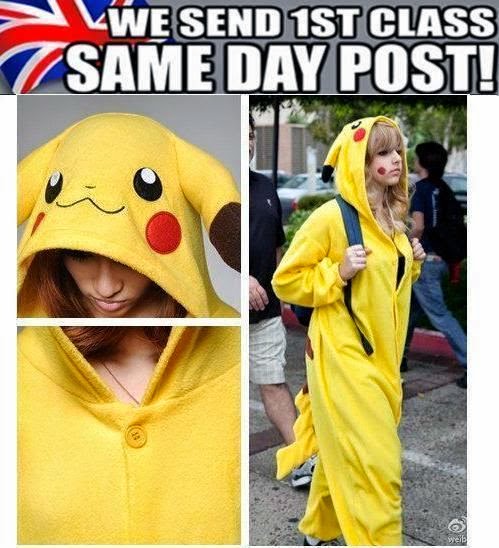 Léon asked for a Pikachu 'dressing-up'costume for his birthday because he wants to go out as Pikachu for Halloween four weeks later. So now I am trying to hide from him constantly as this is dancing all over my bloody screen!

Last Xmas I bought Thomas an engraved beer glass and it did the same, which isn't ideal when we're sitting side by side in bed in the run-up to Xmas.

But worse still, I was sitting in bed recently without my computer when I asked Thomas to check if anywhere cheaper than M&S sold teenage bras - I wanted something suitable for a child but Charlotte, despite being very narrow, takes a D in a bra, so now poor Thomas is subjected to constant streams of scantily-clad 14 year olds with push-up bras parading down his sidebar... It doesn't look good in a business meeting, I can tell you!

Don't they realize people don't necessarily want others to see what they've been looking to buy, even for the most innocent of reasons. Older people even often share accounts, which is worse.
Posted by Phyl at 1:25 pm