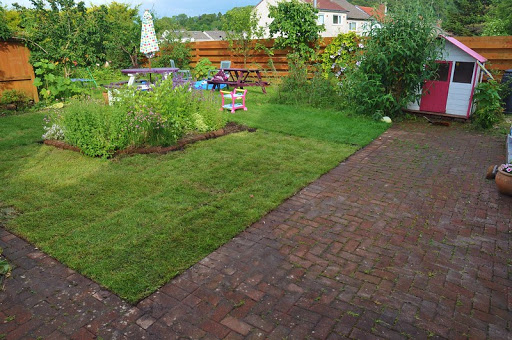 It all started when we extended the lawn in the summer. We'd always had way too much mono-blocking and I'd been nagging Thomas to change it when our next door neighbour had his lawn dug up and thrown in a skip outside the house. I noticed as they were about to remove the skip, so 'acquired' it and added a few strips from B&Q to fill in the rest. Feeling smug that we'd managed to double the size of the back garden for less than £100 made us more than happy, especially after our neighbour told us how much he'd paid for his new lawn (which was a third of the size (and more than three times the price)).

On the second morning I noticed the new strips had been turned over at the corners. And on the third whole chunks had been overturned. I was at a loss as to what was causing it. I went through the possibilities - kids, foxes, wind etc and still couldn't work it out until a week in Amaia came running and shaking into the living room and very seriously exclaimed 'Oh, the badness of birds!' I looked outside in time to see a humongous crow picking at the grass, looking for worms. For a week I put heavy objects on all the corners to try to annoy the crows but often Amaia and I would be forced to open the window and shoo them. It became the norm to pass each other in the kitchen, shaking our heads and proclaiming to each other 'oh the badness of birds'. It never occurred to me, however, that Amaia might misconstrue things. After a couple of weeks the crows stopped attacking my lawn and life went back to normal.

Recently the weather has improved again and we've been sitting outside a lot. A couple of days ago a crow landed on the garage. 'Look mummy,' she said, pointing, 'a badness of birds.' I didn't really pay much attention. Today two landed on the lamppost beside the house. 'What's that up there?' I asked, just to check my hunch. 'Two badness of birds.' came the reply. So we have a new family words. Crows will henceforth be know in the Buchanan-Widmann household, not as crows, but as 'badness of birds (n inv)'. 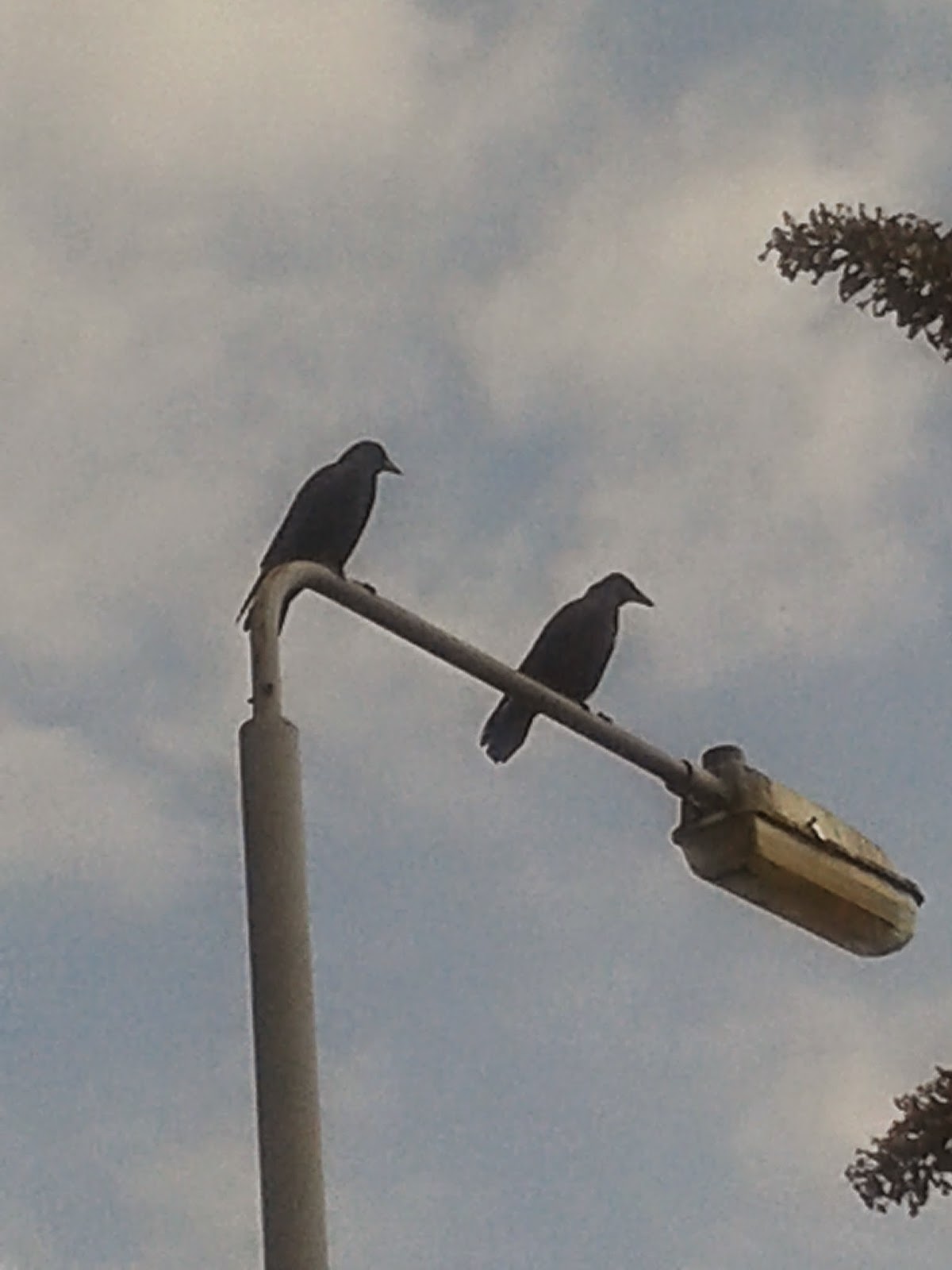