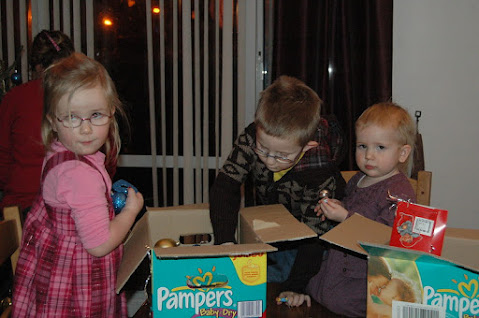 How much do you have to spend to make your child's Xmas special?

Recently while shopping in Toys R Us a woman was buzzing around the aisle holding a large sheet of paper. In her basket she had three large toys each costing around £30-£35. The toys were aimed at a male child of maybe seven or eight. She was extremely organised, ordering around the man who was with her (presumably a husband or partner). Come on, hurry up - we've got the first three, it can't take that long! she ranted. Subdued, the man complained I don't see why we need so much. Completely unfazed, she explained that she had told their child he could choose ten things, so he would get the ten. Twenty minutes later, I passed them again and was more than surprised to see all ten of the presents were now in the trolley and the £30 one seemed to be the cheapest!

I have no doubt any one of mine would be excited if they were to receive everything they could ever imagine wanting, but is it really necessary? An hour after the child has unwrapped these ten gifts, he will have a favourite or two I imagine and the others will be forgotten or put to one side. This child, I guess, will probably also receive things from grandparents, siblings, aunts, uncles, family friends...

Yesterday I met an old friend of my mother. Léon was with me. She asked him what he was hoping to receive for Xmas. Léon actually didn't know how to answer the question. He looked quite surprised, as if he had never thought about it. She asked him again, he thought for a moment and then simply replied If I get a Harry Potter T-shirt I will be very happy!

Léon wants love, affection, attention. He wants to feel safe and happy. He doesn't need £300 of plastic to achieve that.
Posted by Phyl at 1:05 am

Ellen gets a magnetic board with letters (100 dkk) and Karen gets plates, cups, spoons etc. (90 dkk) - and I know they'll be happy about it.

When asked, Ellen has everytime replied: "Strawberry Patty" - a computergame my sister finally tracked down somewhere. Now I just hope it works!

In my opinion these parents are doing their kids a "bjørnetjeneste" by giving them so much and everything they wish for!

Merry christmas to all of you!