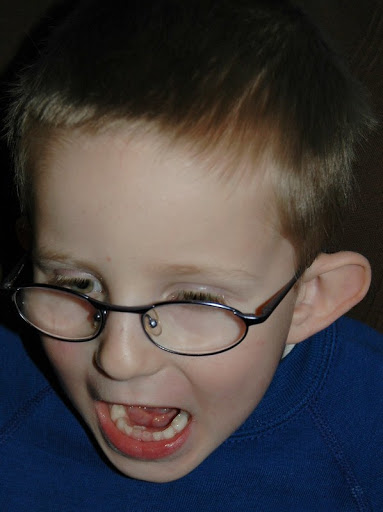 Like his brother and sister before him, Léon seems to have inherited the shark gene - with a twist. Marcel and Charlotte's big teeth all grew in before the little ones fell out but by the time they were half through, the little ones were always very wobbly. Léon, as you can see, now has an adult tooth through but his baby teeth aren't wobbly in the slightest. He has a dental appointment next week anyway so we'll see what needs doing then.
One thing is sure though - unlike his little cousin, who got his big teeth through much earlier than Léon, when the fairy turns up at our house, she won't be carrying anything like £5 per tooth! Let's hope they don't confer!