CONSISTENCY WOULD BE GOOD 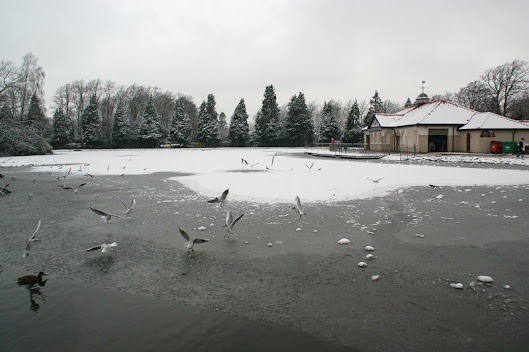 I'm the first to moan about the primary school's (or is it perhaps the council's) mollycoddlying of children.

The poor wee buggers are closeted in classrooms all winter at the first hint of a snowflake because they are so afraid a parent will complain if their precious actually scrapes a knee slipping in the snow.

I often pick up sad-looking kids who've been desperate to get out all day just to have a snowball fight or build a snowman. Of course, the first thing they do when I get them home is just that.

Today, however, I did have to question their consistency. It snowed a few times last week. Walking had compacted it into ice and rain and freezing temperatures had been added into the mix. By this morning the entire playground was an ice rink.

Granted, a small 30cm path had been de-iced round the edge of the building and out to the gate, so the kids would be fine when they dragged them in early... Of course, they would take them in early... wouldn't they? Or would they let all 600 slip and slide round the playground and fall into icy puddles for the twenty minutes till the bell? It was like watching a bad attempt at Torvill and Dean. Whole chains of them were sliding backwards down the little embankment, generally landing with a bone-splitting thump on the black ice. I stood and watched ten minutes, by the end of which Léon was possibly the only little boy I hadn't seen fall into a puddle and soak his school trousers. They seemed to be having fun but today - unlike on the fluffy snowflake mornings, it was genuinely dangerous.

So are they making a new anti-health-and-safety stance which will consist of giving them the childhood we had, or did someone just cock up this morning?