THE NEXT BIG THING? 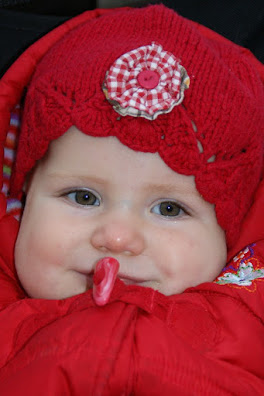 I happened to catch the tail end of an interview last week between Oprah and Michael Jackson's mother. Now I didn't stop on it because I have any interest in either. What actually made me stop was what Michael's mother was saying. Oprah asked when she knew with Michael that she had such a musically gifted child. Michael's mother was proudly explaining in detail how they were so sure he was on a different level to all other kids, including his numerous siblings, because he could hear rhythm in everything and even as a baby he would dance along to the rhythm of such strange things as the washing machine on spin mode. She said this told her he was going to be the next big thing in pop. What a load of nonsense woman! Either I am about to have my very own little Jackson Five or all kids do that! Each and every one of my babies has danced along to dishwashers, washing machines, and the likes. One or two have even danced along to dad's snoring when he's fallen asleep in his armchair babysitting them over the years! I vividly remember Léon as a baby in Mum and Dad's house one night when Holby City was on, dancing along to some bloke's heart monitor until he flatlined and then looking somewhat put-out at the lack of beat. In fact just today I took Amaia along as Marcel had his braces fitted and she bopped along to the rhythm of the tube they were using to suction the saliva out of his mouth as they worked on his teeth. Patently I am but a few years off raking in the big money!
Posted by Phyl at 10:52 pm