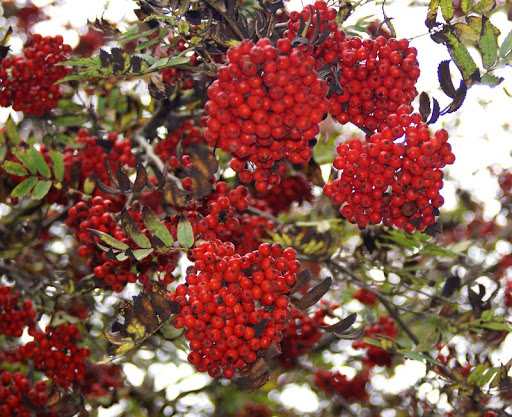 Thomas is a wonderful cook. He bakes bread. He makes elaborate meals from every corner of the earth and mouth-watering puddings. He makes his own cheese, butter, yogurt - the man is a culinary genius... or so I thought until recently when he started making jam. He doesn't do things by half - he's made at least ten jars of marmalade, five or six of apple jelly, one of apple and rowan jelly - thanks heavens we have now run out of jars because whatever he's doing wrong, nothing is setting! I am knee-deep in jars of liquid sugar. Despite following recipes in old Danish jam-making books every attempt is runnier than the last. I wouldn't mind if he threw it out and tried again but he's filling the kitchen with these jars and googling what he can do to make them set. If he fails I can't move for jars, and if he succeeds we'll have more jam than (even) a family of seven can eat in one lifetime... hmmmm Christmas presents?
Posted by Phyl at 11:49 pm

Are you sure? It is Bowmore marmalade!

Ah, you never mentioned Marmalade ,,, or Bowmore !!
Yes please ,, but do I have to wait til Xmas ?

Ok, since it's you I'll bring you one up later.