WHERE DOES THE IMAGINATION GO? 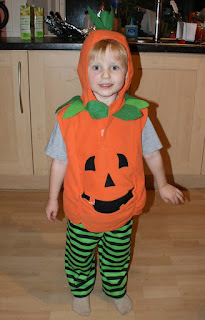 I've been observing Pudge a lot recently and comparing him to the other ages in my family's spectrum. I know this stage well as the older ones went through it too. I think it has to be called the imagination stage. He can talk to himself for a long time, telling himself stories, or sometimes play-acting with plastic dinosaurs. None of what he says needs to be particularly sensible - I heard his dinosaurs having the following conversation yesterday: Wow we've reached dry land! I can tell it is dry land because I see the water from here! But he needs to hear the sound of his own voice constantly. I timed him the other day and he actually managed to carry on a conversation between himself and the dinosaurs for 85 minutes with no external input! During dinner it is hard to get him to focus on eating because discussing his dinner with his knife and fork can be too riveting! It's a stage that at the same time is driving me mad with frustration and yet leaves me in awe of the imagination small children have, which I have seen all but disappear in his 12 year old brother and certainly diminish in his 9 year old sister. I wonder what reality does to all that imagination? What knocks it out of them so completely? I guess we need to video this stage to show him when he too becomes a tweenager hooked up to msn chewing gum and looking disinterested in the not so distant future...
Posted by Phyl at 12:07 am

This is fascinating !
I've never seen Pudge do this ,, although I do hear him talking a lot ,, have I just not been paying proper attention ? OR ,,, could it be that it's not Pudge, but YOU mum, who is living in this Imagine World ???
EE-aw-ee-aw-ee-aw

That's because when you see him you talk to him - it typically happens if I try to work, or do housework so don't give him attention - he lies about the floor talking like a crazy thing... Derek did it too with toy cars years ago.